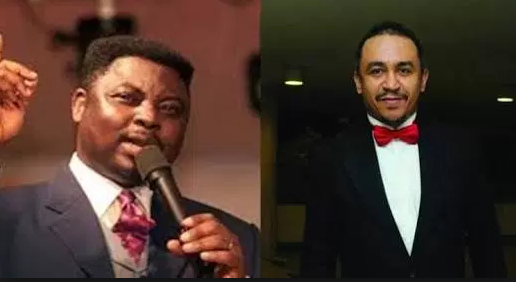 Interesting views of two pastors on two men (Daddy Freeze and Donald Trump) said to live sinful lifestyles. One pastor declares Freeze's sinfulness, unacceptable to God, is reason to ignore his words. The other pastor says in spite of his sinfulness, God chose Trump to be US President. Read below, excerpts of these two pastors' diametrically opposed perspectives. Enjoy:

• Pastor Matthew Ashimolowo attacks Daddy Freeze for sinful lifestyle and asks that Freeze's call for pastors to stop glitzy lifestyles, ownership of private luxury jets and collection of tithes be ignored. Here is an excerpt from the Ashimolowo speech:

• Pastor Franklin Graham, son of Billy Graham in supporting the presidency of Donald Trump, "a multiple divorcee, a proud philanderer, and a flagrant liar." Below is an excerpt from Graham's statement: