Home / art and culture / In A Discourse About Gold In Ilesa, Feyisade Charles Adeyemi Wrote The Following And I Paraphrase! By Ifa Dare

In A Discourse About Gold In Ilesa, Feyisade Charles Adeyemi Wrote The Following And I Paraphrase! By Ifa Dare 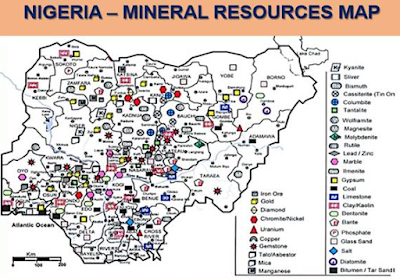 NGR's unitary constitution of pseudo federalism says that only the almighty federal government has the right to touch Ilesa's gold and every other regional mineral wealth.

If the state government attempts to mine the gold, it would be tagged a thief thief. The gold belongs to the almighty federal government and not the state. So state commot eye, go and grow kolanut! The same applies to bitumen in Ondo, which is the second largest deposit in the world. The same applies to coal in Enugu, Tin in Jos and of course the popular one, crude oil in Niger Delta etc.

Meanwhile, even though it's a crime for a private individual to explore for gold, the almighty FG cannot be too bothered to enforce the law. Policemen often come, in and around the mine, to harass private miners, collect bribe, and look away.

The craziest part of this arrangement is, it is easier for a stranger from the north to come and mine gold here and go free than for an indigene from Ilesa to do same. In Jos, however, "illegal mining" by locals is so rife that it has resulted into a number of ecological problems.

Unfortunately, the parasitic unitary government is unperturbed! Here comes the double standard, you can have illegal mining in Jos but same is prohibited in Niger Delta - a Niger Delta man dares not bring out one drum to refine the crude oil flowing in his backyard. The only illegal mining that the Almighty FG pays attention to is the one in Niger Delta.