Home / local / CONGRATULATIONS EVERYBODY, WE ARE BACK TO PEACEFUL JOY! BY KEN TADAFERUA

CONGRATULATIONS EVERYBODY, WE ARE BACK TO PEACEFUL JOY! BY KEN TADAFERUA 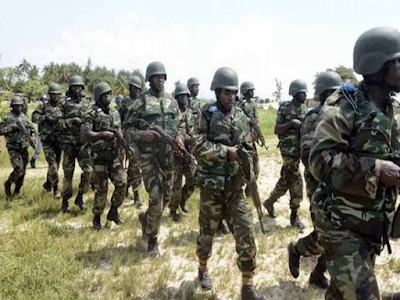 After the full scale military launch of the Python Dance, the muddling of unarmed young men, speedy proscription of IPOB and shameless jitterbug that followed, we are back to the darkness of our lives, back to millions of the poverty stricken, millions of the jobless, millions of those in despair, millions without power, water, Medicare, education, security, infrastructure.

After the buffoonery of staged excitement of eliminating another of the consequences of their godless greed, we are back to squirming and groveling even backslapping with the very crooks ruining our lives and making fringe upstarts like Nnamdi Kanu sprout.

We are back to leaders celebrating birthdays with ridiculous heaps of soggy cakes, of governors splurging in allocations, Paris club refunds, bail-out funds and security votes. We are back to bludgeoning corruption, rising national debts, zero industrial growth and absolute lack of productivity, of growth, of vision.

We are back to the status quo: the pride of the few: the personal ownership of boreholes, generators, high walls, gleaming cars and jets, security guards, rogue deals. We are back to sweeping the 100 million dirt poor, uneducated, hungry, jobless, sick, abandoned, distraught citizens under the carpet and when they dare raise their heads in uncouth protest, we slam them with our greatest weapon, an army entirely deployed to quell querulous citizens.

We are back to our comfy zones as efulefus, as slaves, as mumulectuals doomed to eternal servitude.