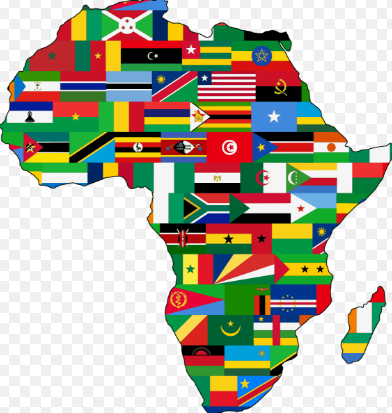 Africa's long-awaited future finally made a dramatic entry at the ongoing United Nations Summit in Abuja, as the continent's leaders addressed the congress without boring, written speeches that often left scores of their citizens bleeding to death from over-scratched eyelids.

Nigeria's President, Amos Wariboko, gave a sterling performance, blinking only twice in his 10-minute address. His media aides say critics who accuse the 40-year-old leader of "impressive cramming" are "agents of the Northern establishment seeking secession from Nigeria."

President Wariboko said Nigeria was leading regional efforts for unprecedented snail and tomato farming, as Agriculture is now the sure path to clean energy, economic viability, and sustainable development.

He boasted that power generation in Africa's most populous nation had reached a record high of 5,000 megawatts, up from a paltry 2,000 megawatts left by the corrupt past government that "looted the nation to coma."

His Togolese counterpart, Malima Diop, said Ecowas would no longer tolerate North Korea's nuclear ambition. Adding that the regional power bloc had amassed biological arsenal from indigenous spirituality to thwart Pyongyang's military mischief and save the world once and for all.

President Diop's views were echoed by other African heads, who kept world leaders dazed by the continent's sudden oratorical boom. Journalists at the summit fell over each other to extract asset, even if a cough, from the new faces of African technocracy.

Protesters from Russia, the US, and Germany stood outside Abuja Towers, venue of the event, imploring Africa to help their domestic countries out of post-election violence, ethnic militancy, and urban poverty. German Chancellor, Emeka Kant, was said to have unleashed mayhem on his subjects merely for demanding restructuring to give opportunities for oppressed ethnic minorities.

The theme for this year's UNGA is: "Africa As New Frontier for Peace, Power, and Global Development: Combating Malaria, Electronic Rigging, And Staphylococcus for Environmental Sustainability."