Home / confession / Women Are Their Greatest Enemies And I Refuse To Be A Part Of It! Says Enwongo C. Cleopas

Women Are Their Greatest Enemies And I Refuse To Be A Part Of It! Says Enwongo C. Cleopas

The phrase, “women are their own worst enemies or women are their greatest enemies” is one of the most damaging notions peddled in many corners and in our everyday lives. It does not only rub me wrongly, it elicits this rage in me. I call it bullshit and I refuse to be a part of it. 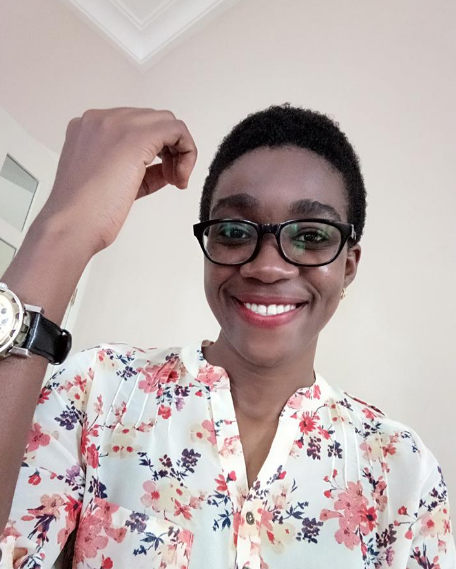 I was once this young girl who avoided female friendship like a plague because I was made to believe that every woman out there will hate me, compete with me and even burn me. I bonded more with the boys than the girls and even took pride in that. As I grew and started the process of unlearning many damaging theories, I began to find safety and comfort with other women like me. Whenever a woman hurts me, it doesn’t make me swear off female friendship or denounce women. I wonder why many women have not stopped dating or being friends with men after being hurt by a man or a series of men and I also wonder why many men have not called men their greatest enemies when what they have go sour. I mean as women if we index our (holistic) experiences with men [including the systemic and structural issues]; we could swear that men are our greatest enemies. There are statistics to back this up. (Again, you people give me sleepless nights with all that Bro Joro and Dear Amanda letters but that is not enough to make you swear off men yet every friction you have with one woman or a group of women you run to town shouting, ‘women are my greatest enemies’

Men kill each other. Men go to wars with each other. Men sleep with their friend’s wives. Men betray each other. Men compete with each other for basically everything yet no one says ‘men are their greatest enemies’. I frequent the barber shops and many places, I listen in on men talking and gossiping about everything including their fellow men yet no one says 'men want to bring each other down’. Please spare me that shackling story of women are their worst or greatest enemies. I refuse to inherit or propagate such silly phrase just so I see other women as my problem or enemy.

Humans will always have friction and issues of social collision; this is not just a gender related problem it is part of being human. We cannot eliminate competition or strife entirely from human interactions. We will always compete for resources, space, opportunities and many other things. Due to our never ending differences, clashes will occur. No gender has the monopoly of friction or competitiveness which is why it is laughable when women are the ones singled out. Such patriarchal
nonsense.

My greatest successes and milestones in life have women in it at the forefront: women telling me about some job opportunities and sharing openings with me, women guiding me on life decisions, women pushing me to become better, women inviting me to events that will sharpen me, women sharing their platforms with me, women asking about my welfare and taking up my bills and needs, women giving me gifts and sharing what they have with me, the many women supporting me on this social media, etc. I have had women who hurt me but I have also had women who have brought so much beauty to my life. I have been mistreated by men and I have also seen the fair side of men. I have had a fair share of both sides of the coin with men and women. Nothing more.

POINT TWO
There is this silly belief that all women must be friends and that all women must like themselves or support themselves, always. The one that makes me laugh is when people say things like, “women don’t even like/support themselves yet they are advocating for gender equality”. Bullocks! This is so hilarious because it is just dumb, wallahi. No I don’t have to like every woman out there just so my advocacy for gender equality is deemed valid or legitimate. Our likeness for each other is not a qualification for our right to be recognised and treated as humans, absolutely and wholly. Our rights as humans are not dependent on whether we are singing kumbaya or blowing raspberry kisses or liking each other. My personal interactions and issues of institutional/systemic oppression are not in one umbrella. Don’t conflate those two issues.

I remember sharing at the just concluded conference of the National Female Students Association of Nigeria that had the theme, ‘women supporting women’. I told them this, “I am all for women supporting women but we need to be careful not to fall into the trap or notion that you must support a woman just because she is a woman. That’s some nonsense philosophy and very unrealistic. It goes against everything human. No one expects that from the men. It is an inane agenda to keep women divided and bickering at very petty things. While I will always pitch my tent with my sisters, I will not do that always just because you are a woman. A woman supporting you is not a Right. Don’t feel entitled to their choices. Women can exercise their agency to do what they want. You are not owed anything.

Especially on social media, I will not agree with a thing being said just because it is brought forth by a woman. I love to engage in conversations, arguments and debates, critiquing issues. If a woman criticises me or my opinion/ideas, I will not start crying, ‘women are my enemies’. If a woman holds a different opinion from mine and she makes those known, it does not in any way make her my enemy. This blind support that we tout (despite the value or character of what is done or said) is very dangerous.

I had an understanding few years ago that I am not entitled to be received warmly by other women just because I am a woman. I am very conscious of that now. I don’t expect to be liked by every woman (man) I come across same way I am certain I will not like every woman (man) I come across. It’s one of the most freeing and liberating awakening I have had. This is not some confraternity or cult where every woman took an oath to act in a certain way to every other woman. We are diverse and different, in thoughts, actions, ideologies, philosophies, backgrounds and temperaments.

I briefly had a female boss in Ekiti during my service year. She told me the first day I reported to her department before I was moved to PCC, “Corper, I will be hard on you and I won’t spare you because you are a woman”. I honestly did not know what informed that. Another day we got talking she said she specifically wanted a male corper to work with reason being she had few female corp members who took offence whenever she corrected them because they expected to be pampered and excused and especially because she was a woman like them. She said, “They called me hard/cold”. Driving from Ijero to Ado one day, I joined her in the car and she said, ‘many women don’t understand or know how to take orders from other women like themselves and I don’t blame them entirely, and some women are afraid of exercising the full range of their authority so they are not seen as offensive or hard’. My brief time with that woman opened my understanding of many issues, especially that of power and the exercise of same for women. (Topic for another day)

I have a very healthy obsession with women. Daily, I understand the role that cultural, religious, political, and traditional institutions have played in eliciting rivalry between women and I make it my life’s goal to upturn those while also embracing the rivalry that is not systemic. The more I understand power dynamics and cultural structures, the more I become determined to dismantle those or navigate them, not just for myself but for the many women coming after me. No, women are not my greatest enemies. Tell me something else. And honestly if as a woman you seem to think that all women are ‘problematic’ and ‘catty’, ’jealous’ or 'your haters' or that every other woman is your enemy then it may be time to address the person looking back at you in the mirror.
Share on Facebook Share on Twitter Share on Google Plus