There is a reason a Vice President is elected alongside a President. 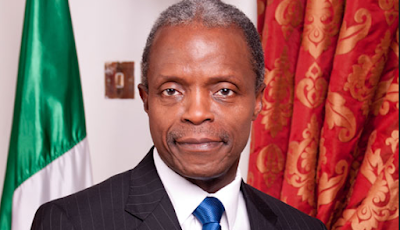 When a President falls sick or is on leave, the Vice takes over and there is no vacuum.

Problem however will arise when we have a redundant President, a President who can no longer function.

What you have is a Vice who has taken over in Acting capacity, but has no deputy to hand over to in times of exigencies.

Those asking Buhari to rest in perpetuity while remaining in power have no inkling what they are talking about.

Asking a supposedly sick Leader to rest while remaining dangerously presupposes Osinbajo will work EVERYDAY without needing any leave (Medical and otherwise) till 2019.

Osinbajo will need to go on leave. What happens then?

Osinbajo can fall sick. What happens then?

Osinbajo will need private time. What happens then?

Once in full acting capacity, the Vice President's constitutional duties will suffer. There will also be a crisis when Vice needs to replace Number one.

If Osinbajo is going to take over the full duties of a President, perhaps he needs a substantive Vice.

You cannot achieve that when you have a substantive President doing nothing, and a Vice President who is acting.