What has changed? Read and ponder: 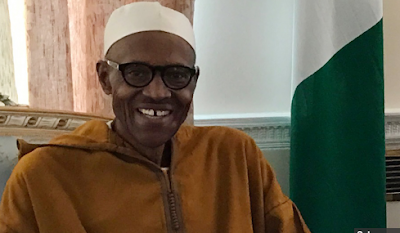 I am happy that Mr Adeyemi Adefulu recounted his horrible experience during the Buhari regime. He was innocent but was jailed and almost lost his life in prison.

While the PR handlers and supporters of Buhari bury these horrible reality, people like Mr. Adefulu are giving us snippets of the impunity and wickedness that was flowing from the fatal character flaw in Buhari.

Nigerians do not document the details of their history nor even teach it. So they forget easily their pains and happily march into the same pains of their past. One day, the full details of the personal and family anguish of the victims (it is officially recorded that over 500 innocent people were jailed) that were brutalized under Buhari and his evil lieutenants, will be documented. Only then will Nigerians say never again.

For now time has softened the hard edges of Buhari's gross human rights abuses. So forgiveness is easier. But with nations that keep the records and teach their children the history of their nations, they learn to ensure that the pains of yesterday are not repeated today. The Holocaust museum and memorial in Israel is one example. Israel has forgiven Germany for the Holocaust but they have not forgotten and have sworn that Israel will never allow that kind of tragedy to happen again. I doubt that if Hitler were to be resurrected today to claim that he is a changed man, the people of Israel would gleefully allow him power to rule over them again. But in Nigeria we learn nothing.

Adefulu says he has forgiven Buhari and I hope Diya as well. However his story shows that he has not forgotten. That is good. Indeed he still uses very harsh words to describe General Diya. He goes ahead to even support Buhari's candidacy. Why? He intrigues me by his answer. That after 30 years, he thinks Buhari may have changed. Note the word: "may". It is a conditionality totally unsupported by any fact.

It is a just a hope. So let me ask Mr Adefulu a question. Is there a single shred of evidence in the past 30 years that Buhari has changed? If anything, Buhari has during this period, disdained imperiously, the Oputa Panel of Truth and Reconciliation by ignoring its invitation occasioned by painful complaints of many of his victims. He has not voiced pity, regret nor apologized to even one of his many victims, not to Fela, Awolowo, Ambrose Alli, Ajasin, Adefulu himself among hundreds others who suffered. Yet Adefulu says he is hopeful. He is even also hopeful that Buhari will do an apology. Never. In this hope, Adefulu is baying wistfully at the moon.

He equates Buhari's frugal living, personal discipline and choleric personality with traits of good leadership and governance. Wrong. A fatally mean character is a disastrous leader. Awolowo was disciplined but humane without being choleric. That is a leader. You can see what he did in the old Western region to help the poor and grow the welfare of his people. Compare to Buhari. What has Buhari done for people even in his state or even his Daura town. Has he used his profile since he left power, 30 years ago, to help civil society, raise a school or organize the building of a single cottage hospital for anybody?No. So on what is Adefulu basing his hope? It is strange.

Adefulu also rationalizes his support for Buhari by painting President Jonathan in the worst possible picture. He points to corruption and bloodshed as with Boko Haram. But Transparency International rates Jonathan's government with the best record ever since the past 40 years in Nigeria. Yet we have had heads of government, not least Abacha who looted this country and is rated the fourth most corrupt leader in history and whose monumental theft Buhari has refused to accept up till today.

We have had a leader who genocidally leveled two Nigerian communities, Odi and Zaki Ibiam killing innocent children, youths and the old in time of peace. A leader under whom many notable politicians including the noble Bola Ige were murdered with no answers up till today. One who ravaged the National Assembly changing senate presidents and speakers as he deemed fit. There is the one who dribbled this country to the brink of a civil war. Yet Jonathan is projected by some as the worst leader of Nigeria.

Under many of our leaders, media houses were closed down and journalists gagged and elections were violent, rigged and were shams. But in the spirit of respect for human rights, these ills have disappeared under Jonathan. He is liberally abused but not a single person has been harassed. It is the little things we take for granted that matter most. Today, Adefulu seems to have forgotten and appears willing to gamble on his rights again.

Jonathan has done poorly is some areas. No doubt. But he has also bested his predecessors in other areas - human rights, media freedom, free elections, agriculture, airports, trains, roads, fertilizer corruption etc.
Mr. Adefulu is entitled to his fundamental right to make a political choice. But since he made it a public article, permit me to pass my overall view of his position. I think he is driven by extreme sentimentality, lack of the facts, shallow analyses of reality and APC's mind bending propaganda that has used body fillers and paint to create a fake Buhari. The one, nobody who knows the truth, recognizes. If Buhari wins the elections, I will certainly pray that Adefulu will not bite off his big thumb in deep regret.

PS: Is Mr Adeyemi Adefulu's political choice, two years ago, of Buhari as President despite being victimized by the same man in the 1980s, justified today?