I thank God for the President's life and continue to pray for his full recovery. 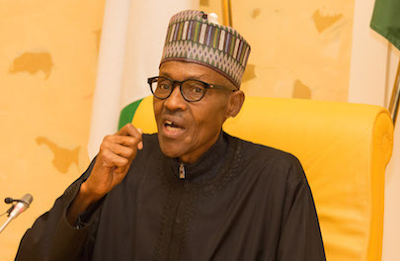 I am delighted that he has requested that the VP continues as Acting President as he recuperates fully. Many are happy that we are finally taking very pragmatic decisions on the economy.

Things won't get better in one day but it is the steps we take that assure us of a better tomorrow. This is the point I have always made.

I personally did not expect a miracle even though one was inadvertently promised. Like many informed observers I simply wanted to see a clear roadmap for our economic well being. Things are still challenging but we can begin to see the first signs of improving Business Confidence.

It is very important. When the business community is confident they invest. Investment means more jobs and more opportunities for businesses that support business. Consumer confidence will follow and the wheel of commence will roll more smoothly and gather momentum.

In the news within the week, we learnt that the Customs Service achieved less than their N1 trillion target and the FIRS about N3.3m of their N4.2 trillion target (government) although they set a self target of N5 trillion. I had written last year that it will be difficult to achieve those targets given the economic climate and the fact that we were heading towards a recession. The Government, like a lot of our citizens, were living in denial then. The 2016 results of these revenue generating arms of government is the report card of the business community.

Once there was a decline in port activities it was clear that the Customs service will declare a poor result and with companies declaring loses and little profits the FIRS will be unable to hit target. Their performance has implications to all of us as they contribute to the revenue side of the budget.

Government is contemplating unbanning 41 items from the official forex market as this will reduce pressure on the Naira at the parallel market and hopefully help to boost imports. Again, as I argued then, we should not put the cart before the horse. As lofty as the idea of boosting local production and substitution is, when you are not ready for it you end up with double jeopardy.

The FIRS is also working hard on how to increase our tax to GDP ration to 15% as we still have one of the lowest in Africa. Active ports have a role to play. Hopefully as we encourage exports the containers will leave less empty and improve forex inflows

The Minister of Power and Housing also came out to agree that the power sector is facing serious funding and liquidity challenges and they need help if we want power. The N701b proposed spending by Government is a good start even though stakeholders in the sector are saying it is not enough.

In all I see government now taking the pragmatic steps canvassed and it gives me confidence that slowly but surely we can crawl our way out of recession exit 2017. The resurgence in oil prices and production is also a big boost.

This is why the Presidents' instruction to the Acting President to 'Carry Go' excites me. Let us continue to take insightful decisions about our economy. We won't get everything right but as long as we err on the side of economics and not politics all will be well.

May I also add that from the Senate has come with the revelation that we squandered a whooping N10 trillion on fuel subsidy with the NNPC accounting for about 60% of this. I am 100% in support of this probe.

Regrettably, Nigerians inadvertently supported this continued rape simply because many were grossly misinformed. Sometimes the things we are told to fight for is simply not in our best interest.