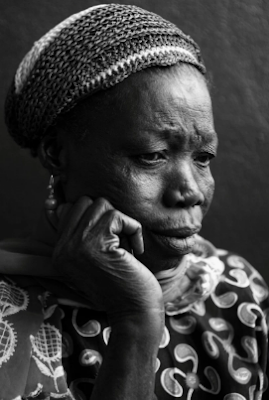 That story of a woman who visited Jujumen using her private part as collateral at the service of the Native Doctor then afterwards started having discharges, then miraculously got healed;

Assuming the story to be true, because some of the details sound larger than life itself;

She should go visit a proper gynaecologist.

She could be suffering from anything ranging from Chronic STDs, to Cervical Cancer. Even from the story, she is still having discharges. It has not stopped.

She says she adopted children. Did she adopt children after failing to have kids of her own? If the answer is yes, her infertility can be traced to the possible STDs she contracted from the Native Doctor and/or the different men she played.

It is not Karma, that arbirtrary bitch whose MO is as erratic as the weather.

People who have done much worse, are doing much better.

I personally doubt she has been healed.

The thing with this people is they celebrate temporary remissions with fanfare, then go to a Hospital and die quietly once the disease stages a comeback, outside the eyes of those they proclaimed healing.