Physical Differences Is Not What Gender Equality Is About 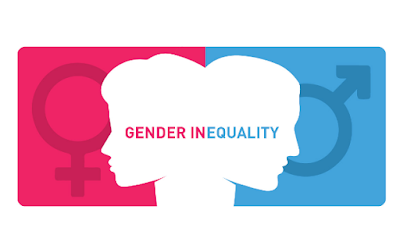 Last month, I met a Facebook friend at the cinema. He told his friends, 'this Enwongo is one of those women's right activist o'. They immediately had a hundred things to tell me and joyfully, I had all of the time in the world. One of his friends said to me while we were discussing, "women can never be equal to men. Physically, a man is stronger than a woman so they'll always be below the men'.
Many years ago, I would have reacted differently but I looked at him soberly, thinking how erroneously we've come to equate physical strength with issues of gender equality. So I looked around, then pointed to another of their friend who was heavily built and on the huge side and said very loud, "he is superior to all of you". They looked confused and one of them said 'what?' I continued, "your friend with the six packs and muscles, he is superior to all of you because you don't have those and I'm sure physically he is stronger than you all therefore you are below him and he is superior". They looked confused and a little bit offended. But I decided I was not going to waste an opportunity to not educate them. I engaged them, happily.
When we talk about equality, people usually rush to say things like, 'a man and a woman are built differently so there is nothing to be equal about'. I think it is a mis - education and sometimes genuine ignorance that informs such conclusion.
Biologically, no one is even the same with another. Physically too. I have come across ladies who are physically stronger than some guys. I have also come across guys who are physically stronger than other guys. I know very 'soft' men and I know very 'hard' women. Please don't mixup my terms. In primary school, I witnessed fights where a single girl beat up some boys and I've also witnessed fights where the boy who was considered small and weak, beat up another guy who was bigger in size than him. If we are to go with these, we can conclude that you are inferior to anyone who is physically stronger than you, or that you are below anyone who looks different from you.
But you see, that's the wrong ground we dismiss issues of gender equality.
Physical differences is not what gender equality is about. If we are to use such outlines that will mean that a tall person is superior to a short person, etc.
Gender equality is about existing in a system where both sexes are equally important and respected, where opportunity is balanced. Where your choice or options are not limited because of what you look like. Where there is economic and social opportunity for all regardless of your 'genitals'. Where men and women are held to the same intellectual, moral and social standards in the society and afforded same.
Gender equality means being decent enough to not discriminate against others because of something as natural as what they look like. It means recognising that our differences don't equate to the oppression or the manipulation of others. It means not being excluded from a thing because of the assumption that you cannot do that thing just based on what you look like.
Gender equality does not seek to alter biology or physics, [even with the understanding of modern development that these things can be altered to an extent] but it seeks to advance beyond the grounds of biology, the treatment of others still not using biology as a limiting factor.
Everyone deserves and need the same opportunity to succeed. Whether or not they succeed should be a factor of their effort and maybeluck, and not a product of gender. (this applies to race as well)
Inequality of any kind hurt prosperity, development and progress. Equality works. It improves both the lives of both women and men. It makes for productivity, profitability and stability.
Gender equality is not based on SAMENESS, but on humanity and individuality.
No, gender equality does not seek to make a woman become a man or a man become a woman. Do away with this erroneous/lazy thinking. (this reminds me of a prophecy I received here last year August that God is warning me that I will become a man if I continue with my equality talks. Well, last time I checked, my 'things' are still there)
It's not about "women being like men". In fact the idea of "how a man is" and "how a woman is" is made up. It is a cultural or social artifact of how we've been taught to think a man should be or a woman should be and then we teach our children who emulate it and pass on. We ostracise those that don't follow it rather than accepting them as proof that there is no fixed template to being a man or woman. People come in all combinations of aspirations and qualities despite and including their gender.
Because a woman works in a male dominated field does not mean she wants to be a man. It simply says, she has the ability, skills and capacity to do that same thing, and therefore should not be discriminated against. A woman playing football does not translate to becoming a man just because men have dominated the sports. A woman voting does not mean she wants to be a man. It simply means that first as a human, inherently she can and has the right to take decisions as a person with agency. A woman going to school or getting an education or occupying leadership positions does not mean she wants to start growing balls. What balls?
Gender equality applies to both men and women. A fair and humane playing ground for all. Simple respect and consideration for all. An understanding that people should not be discriminated against just because of their gender.‎

Yesterday, International Women's Day, I read very amazing e‎ssays and articles, interacted offline with a few people and my heart jumped for joy. It is an amazing time to be alive. Always.

I celebrate everyone of you amazing, phenomenal, beautiful, intelligent, vain, go-getter, all shades of awesomeness and wonderful women here. Every new day gives us a fresh opportunity to be Bold for Change not just for ourselves but for everyone else including those coming after us. As you are, you are enough revolution. Let's go make the world a much better place.