Home / local / Let The Presidency Put Its House In Order

Let The Presidency Put Its House In Order 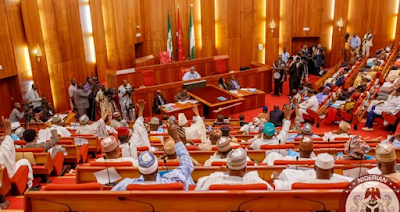 In a very strict sense, I wouldnt fault the senate.

The DSS is about one of the highest investigative bodies of the land.

They are the ones with statutory powers for deep investigations.

They passed a report about Magu to the Senate.......TWICE.

The Presidency forwarded the same name to the Senate......TWICE.

That is a very glaring symptom of either confusion on the part of the Executive, or some under-currents of a government within a government.

All the Senate did was to act on the DSS report.

The Senate is not statutorily empowered to carry out its own investigations at the level of the DSS.

Let the Presidency put its house in order.