Home / local / Ironies Of Our Politics

Ironies Of Our Politics 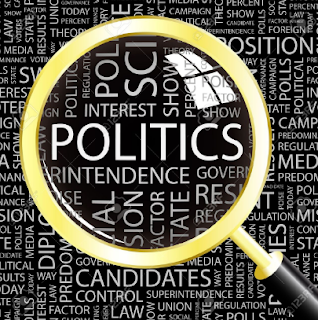 Before Bubu jetted out to London, the protest group, Indigenous People of Biafra (IPOB) were blistering with rage stoked by the arrest and detention of their leader Nnamdi Kanu.

But while Bubu was on a London hospital bed, Osinbajo in his brief rule as acting Oga, visited the simmering South East.


He reportedly ate akpu and ofi-owerri with his Igbo brothers and before you say eyimba, the tension in the south east began to simmer down. Even IPOB whittled down their fiery rhetorics.

Then Bubu returned. Guess what? The tension and defiance rhetorics shifted to Osinbajo's home region: the south west. Now the Oodua People's Congress (OPC) has issued a 24 hour ultimatum to the federal government to arrest, for fairness and justice, Fulani/Hausa suspects in the recent Ile-Ife crisis between the Yoruba and Hausa-Fulani in which several citizens were killed.

The OPC alleges that only Yoruba suspects were arrested by the police. Unless this is quickly nipped in the bud, another theatre of war may be simmering. Perhaps those playing power roulette in Nigeria, may have resolved that Osinbajo went beyond his brief to dampen the tension in the south east. He is a peace maker, not so?

So trigger tension in his backyard to teach him a little lesson in political shenanigans and to keep him too busy among his people to go poking into Igbo issues.

Let's get Osinbajo really busy with crises among his own people. Next time he won't go visiting anathema zones like the south south and south east regions. He should go eat amala and gbegiri with his aggrieved brethren.

So he didn't see and visit north west and north east regions all these long while. Are these mere conspiracies or truth so depressing? These are indeed exciting or is it depressing times of political irony.