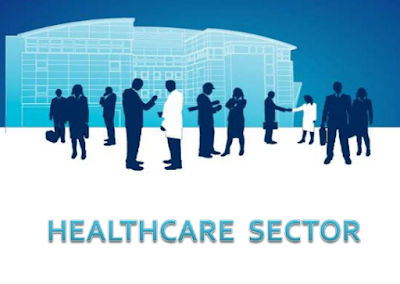 In many countries of the world, the amount of funds spent on health, as compared to GDP ranges between 8-17% of GDP.

This goes to show you that for many nations, health is usually given the top priority it deserves.

This is also despite the fact that for many of these countries, the foundational infrastructure is already present.

Unfortunately for Nigeria, the health funds to GDP ratio was a meagre 3.7%. This figure is even less than that of neighbouring countries like Niger and Chad, nations that earn far less than Nigeria.

Even sadder, is the fact that most of the basic infrastructure and facilities are still lacking, and areas where we made modest progress in the past (like equipping select Hospitals to become centres of excellence for certain specialities), we have since regressed.

The same can be said for UCH Ibadan, the Neuro-Surgical Centre of Excellence, that cannot boast of up to twenty invasive procdures in a year of 365 days.Other centres of excellence, share the same story of despair.

Apart from facilities, there are many other areas that are hit with inadequate funding. Training of Professionals in this field is usually chequered as the adequate materials for training are lacking. Professionals in the field are owed salaries to the tune of several months which leads to Inductrial unrest, and a vicious cycle of discontentment and unproductivity takes its toll on the sector.

This is happening in a country, where funds are budgeted yearly for cars and furniture, even in the Health Ministry.

It would have sounded simple if the only answer were just to throw in more funds.

Yes, by all means, the Health sector is in dire need of funds, but also of equal importance, is PRIORITISATION.

Nigeria is just recovering from a biting recession, so every sector is likely to face the same stiff competition for funds, so Healthofficials need to see to it that the little they get is maximally utilised by spending on areas with topmost priority first.

Preventive healthcare should be regarded as top priority since it is actually cheaper to prevent an ailment than to cure one.

Our Primary Health Care Centres should be well documented and easily assessible. Donor agencies whose contributions have been invaluable should be regularly consulted, and efforts should be made to honour counter-part funding.

We are not yet at the level of prosperity where every cottage Hospital will have a CT Scan machine, but we can prioritise our Centres of Excellence to deliver efficient services, and consolidate from there.

There wont be any easy way out, especially coming from a recession, but what is obvious is there is a lot of room for improvement even with the current level of funding.