Home / art and culture / Does Islam Need A Reformation

Does Islam Need A Reformation 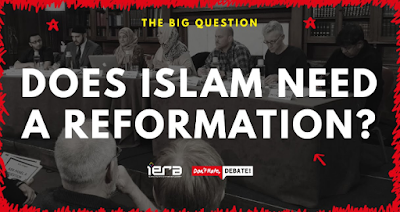 Does Islam need a reformation?

When is this reformation needed?

How can the West help in the reformation of Islam?

Cut ties with Saudi Arabia-the home of radical Islam- and place sanctions on the theocratic dictatorship there until they accept democracy and common law in place of sharia law.

Immigrants into Europe must accept European laws and values, women should not be compelled to wear religious clothing in civilized societies.

Gender segregation in mosques must be proscribed because unreformed Islam doesn't accept women as equal to men.

Homosexuality is a key issue in identifying radical Islamists, until Islam is reformed to except homosexuals in their mosques, the west must continue in its push for reformation of Islam.

Radical preachers like Anjem Choudry and Abu Izzadin are not just fried loners on the fringe, their messages are divisive and a threat to public order.

Islam should be practiced in Europe under European conditions. Islam can't dictate to Europe, Europe should dictate to Islam.