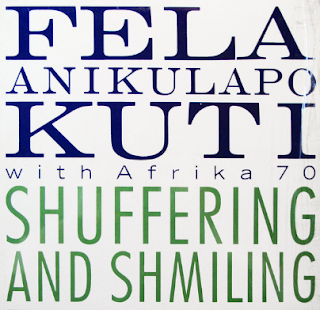 By 2050, Fela's "Suffering and Smiling" album will be around 60 years old. Some of us will be old by then, if not dead, but that song—or at least its message of populist wailing—will remain relevant. We will still be asking for water, light, hospitals, by 2050. Two reasons in the least:

One, two years to a general election, we have no idea who will lead Nigeria. No candidate has emerged, let alone begin the needed work of interrogating present governments policies, or start the conversation about where exactly we should be headed. The citizens have no idea who wants to lead their country next, so they can take him to task on competence, credibility, etc.

No preparation, nothing. Next, someone will be woken from his siesta and escorted to a podium as he wobbles along, his hand raised by Obasanjo or Tinubu, and there you will have it: a new president to preside over this geographical confusion for another four years. We keep doing the same thing again and again....

Two, say the government wants to fix 30 roads in a given city. One, two, three roads...by the time we get to the 10th, the first road is already bad. Reason: inflated contract, poor work ethic, poor assessment, etc. Same situation with hospital, water, or power projects.

I was with a German MD of a popular construction company last week and we were discussing infrastructure. His firm is handling many road projects in some states. A governor told him he wanted the numbers, not the quality of work. "I built 500 roads in 4 years" sounds better than "I built 100 roads that can last for 25 years."

We are going to keep fixing roads and asking for water and asking for hospitals and asking for light till all of us reading this die off. But not to worry, our kids will take over. Sometimes it's fun running around a tree chasing your own 'tail'. Nations are building subways. We are building roundabouts and taking selfies showing street lights on Bourdillon Road. We should love our little beginnings. It's in the Bible.