Home / local / Apostle Suleiman Has Just Been Sued By A Woman

Apostle Suleiman Has Just Been Sued By A Woman

Apostle Suleiman has just been sued by a woman he allegedly used and dumped. 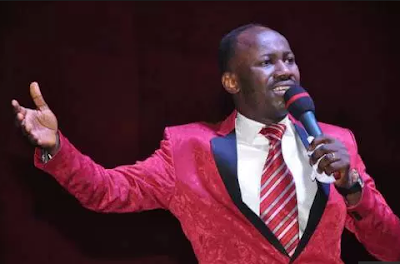 He had several sexual sessions with the woman in Canada and Europe, promised marriage as soon as he divorced his wife.

He didn't keep his bargain even after getting the lady pregnant and she is suing him for N500 million according to a letter sent by her lawyers.

While Apostle Suleiman might be innocent until proven guilty, he is already enmeshed as a man of God ought to be above suspicion.

These pastors make so much money that they travel around the world for sex.

I have to divulge the details in Festus Keyamo Chamber's letter to the Apostle;
"You would lick her whole body before having sex."

That's a married man of God and the amount she is suing him is too small, these pastors have more than that.

I hope she has enough evidence besides pregnancy.