Home / local / The Dearth Of Popular Conscience, Our Bane

The Dearth Of Popular Conscience, Our Bane

Enough of innuendos, and countless adjectives describing innumerable difficulties attending our economy; everything, including persons, verge on morbidity; everything appears dying or completely dead. 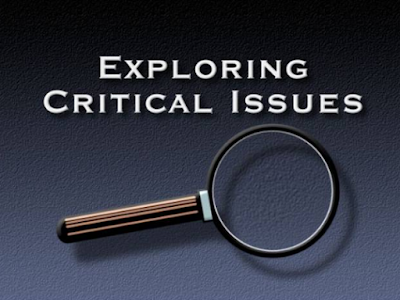 The economy is dead; the President is dead; the Judiciary is dead; Party Politics is dead; Legislature is dead; Justice and Rule of law is dead; what we actually face is dearth of popular conscience. This is reason I do not subscribe to this downward state of mind.

The economy of Nigeria is not in a mess; neither static, dwindling nor collapsing, rather it is evolving, tightened and adjusted to regulate and monitor earnings and to sufficiently control wasteful spending.

Simply put, it is the individual perception and attitude of Nigerians to-the-economy that is messy. It is high time Nigerians got this straight and adjusted, accordingly.

What is the missing link that is being alarmingly orchestrated? Is this all about resistance to the necessary changes in nature of earning and character of spending?

Some Nigerians brood endlessly because they have come a long way with dubious earnings, excessive flow of dirty money and reckless spending. This cream of Nigerians must begin to adapt to ongoing regulation and adjustment enforced by the present administration.

Call it structural adjustment, but era of impunity - looting of treasury, fake contracts, ghost workers and the attendant imprudent spending - is over. Money no longer flows from porous sources; public purse now has lock and key and narrowed to a single account; no more flows from manipulated conduit pipes, billions of naira and dollars can no longer be hidden in soakaway pits, farms and water reservoirs in private homes, or stowed away in foreign bank accounts. Money rain is over; celebration of waste and squander is gone!

For instance, keen observers will witness prudence in the spending habit of present Federal legislators, their families and associates, compared with predecessors. This is because they are in distress, unable to recoup huge sums spent in elections due to money politics. The economy is tightened, earning is regulated, avenues for dubious earning is under surveillance.

Remarkable changes occur because we no longer recycle corruption. If money is not coming in as cheap as before, it can not be distributed as easily as before, and it will not be there in excess to be spent as frivolously as before. Through years of decadence, public spending habit has been marked by exuberance and extravagance. Now, prudence takes place of wasteful culture because dubious channels are no longer available.

In a society where politics, business and economy build few individuals while the teeming population resign to life of hero-worship, discipline becomes a new experience, and a strange way of life, altogether unnatural and unacceptable as it seems presently to most of our fellow country men and women. But, this is a bitter pill that must be administered and swallowed.

All said, where does economic decay end, and where does individual decay begin?