Home / local / HAS OUR 'CHANGE' GOVT BEEN HIJACKED BY 'BUREAUCRATIC TERRORISTS

HAS OUR 'CHANGE' GOVT BEEN HIJACKED BY 'BUREAUCRATIC TERRORISTS 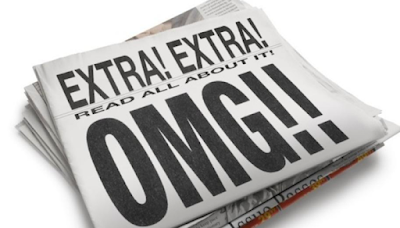 QUESTIONS FROM AN ANGRY BUHARIST: “HAS OUR 'CHANGE' GOVT BEEN HIJACKED BY 'BUREAUCRATIC TERRORISTS' WHILE BABA IS AWAY IN LONDON?”

It is the 3RD DAY, and Babatunde O. Gbadamosi, Businessman and Former Governorship Aspirant for Lagos, REMAINED imprisoned by SSS with no formal charges, and no access to his lawyers and his family.

I have confirmed that the SSS has quietly moved him from Lagos to their Abuja dungeons. My chat with B.O.Gs wife a few minutes ago, also confirmed that SHE AND HER HUSBAND'S LAWYERS are yet to be given ANY ACCESS OR CONTACT with this prisoner of conscience.

So, did I sleep and woke up in Russia or China? What happened with the Laws and Constitution of Nigeria? What happened to the clear laws regarding FAIR HEARING and FREEDOM OF OPINION?

In short, Babatunde Gbadamosi is a man being persecuted for his opinions in a democracy! Somebody must speak up for him, even if you disagree with his views or politics.

This disturbing incident is now focusing the attention of the whole nation on a scary developing situation within our government, and puts into serious question the direction of the Change Government that we all had hoped will ease the suffering of Nigerians.

I am a confirmed, T-shirt wearing Buharist and I am alarmed and disgusted that this is what has become of our fight for a better Nigeria. I may not agree with all the views of people like Babatunde Gbadamosi but I cannot stand by and remain mute when their rights were being violated for speaking out against the government.

I did worse under the Jonathan Govt and NOBODY from SSS ever bothered me. Even when I went to see a client in their office over a banking case, they treated me with respect though they made it clear they did not like what I was doing to President Jonathan.

So, as a Buharist I must ask: why can’t the people in this govt be more tolerant of WELL DESERVED criticism? After all, they have not fulfilled their promises during the election; millions of youths remain unemployed; exchange rates are in the gutter, and businesses are closing everyday while our president remains on a bewildering permanent leave of absence, while he is apparently ‘hale, hearty and chatty as usual’, according to his staff.

With this increasing rate of arbitrary arrests and detention, without charges, of outspoken critics against the Govt of President Buhari, it looks like the government of Nigeria has indeed been hijacked by cabal of fascists who are bent on silencing the voice of the opposition in our country while the President is away on permanent leave of absence.

For weeks now, we have all been hearing all sorts of rumors of a small cabal of people in Buhari's govt, who seemed to have hijacked real power in Nigeria, and are calling the shots regardless of the hierarchy of power and the letters of our constitution, while our Vice President (who constitutionally is supposed to be in charge of the govt now) seemed to have been reduced to doing surprise inspections of Lagos Airport toilets, in a situation where many serious issues need the attention of our acting president.

As people began to raise their voices against worrisome developments in the Buhari administration, PARTICULARLY THE ALLEGED LARGE-SCALE CORRUPTION IN THE CBN, AND THE GENOCIDE AGAINST CHRISTIANS IN THE NORTH, these power centers have decided the best way to silence any opposition, within and without, is to TERRORIZE the dissenting voices and make their lives miserable for them and their families.

I will say it here and now, if their strategy is to silence everyone, then they better start thinking again. I for one will NOT keep quiet and I will never stop questioning their arbitrary use of government power to harass critics. Critics, as much as they are hated by any government all over the world, have their role to play to ensure a fair society.

Their job is to put the government on its toes and focus public attention on its shortcomings. That is what makes a smart government better. Critics may not even have better ideas to run the govt. MOST TIMES THEY DON’T.

That’s not their job. Their job, like the FREE PRESS, is to CRITICIZE and EXPOSE ERRORS in the hope that fair minded govt officials will take note and make amends. A Government without a vibrant critic base or free press is doomed to become autocratic. History is infallible in this regard.

My credential as a committed Buharist and advocate for positive change in Nigeria speaks for itself. All you need is check my past blogs, my websites and google me to know how committed I was to see a CHANGE GOVT introduced in Nigeria.

I HAVE NO PARTY AND I BELOG TO NO PARTY. I will follow Buhari or any Government I support, ONLY AS FAR AS BUHARI IS FOLLOWING WHAT IS GOOD FOR NIGERIA.

So, my anger is not sponsored by any opposition party. No amount of money can make me speak against my conscience. For the avoidance of doubt, I still believe we had no choice but to kick out the Jonathan govt at the time we did, but now I am beginning to wonder if we simply jumped from frying pan into the fire.

Let it be said for the record, it may be true that lots of people (and the ranks are growing) have been using some very harsh words against the Buhari administration, while many have also relied on false information to attack the govt unfairly. That is the nature of the beast and any smart government should learn to take it in stride.

If President Trump were to lock up all the critics of his government, nearly half of Americans would be in jail. He made it clear he didn’t like them and he verbally attacked them back but he would not dream of locking up any reporter from CNN or elsewhere because he understood that people have a job to do and he lives in a democratic government. Why can’t we learn from that? After all we tried to copy everything from the western democracies!

After all, we all did WORSE TO PRESIDENT JONATHAN GOODLUCK before he was kicked out in an election he could have disputed. We abused him at will, and made fun of his wife Dame, ceaselessly, during the events leading up to the election.

To his credit, President Jonathan NEVER CLAMPED DOWN ON DISSENTERS. HE NEVER UNLEASHED HIS SSS TO LOCK UP PEOPLE EXPOSING ALL SORTS OF CORRUPTION IN HIS GOVT. HE TOOK IT LIKE A MAN, AND WHEN HE LOST THE ELECTION, HE WENT OUT LIKE A GENTLEMAN. He could have trod the part of other despotic rulers and cancelled the elections thereby throwing Nigeria into chaos. He graciously handed over power like a man who knew Nigeria was bigger than him. WHY ARE WE TRYING TO DISRUPT THAT LEGACY BY HAVING A THIN SKIN TO CRITICISM, PARTICULARY OF AN UNPERFORMING GOVT?

So, please forgive me if I am now aghast that a government that we all expected to be a big relief from the Jonathan one-scandal-a-day government, is now trying to muzzle the opposition? We have a CBN that could not explain why exchange rate went from N170 TO $1 in 2015, to an alarming N520 to $1, in 18 months, while many insiders were sharing the forex at arbitrary rates not available to the public (even Emir Sanusi has spoken out against this!). We have lots of un-investigated allegations against inner members of the Buhari administration (one was recently denied investigation because, according to the presidency, less than 3 people signed the better - which has also been proved to be a false reason).

We may not believe it, but this is how fascism starts. It ALWAYS starts with arbitrary arrests and terrorization of the vocal opposition, then gradually it will move to the vocal critics who are supporters of the government like me. WE NEED TO STOP THIS COLLECTIVELY NOW. We all need to start demanding that the people wielding the surrogate power, while our President is in London on indefinite leave of absence, obey the rule of law. They need to respect our constitution which says anyone arrested must be PROMPTLY CHARGED TO COURT FOR ANY OFFENCE HE MAY HAVE COMMITED.

Several weeks ago, it was the owner of SAHARA REPORTERS that was detained, and now I hear he has NOT been allowed to leave the country....and last week it was attorney AUDU MAIKORI who was whisked unceremoniously to Abuja for daring to speak against developments in the North. today it is Babatunde O. Gbadamosi.

Who would it be tomorrow? Me? You? Please do not think this is being exaggerated. I have seen these things happen before. WE MUST FIGHT IT BEFORE IT GETS TOO DEEP ROOTED. This is a democracy and we have laws and constitution. The SSS should release Babatunde O. Gbadamosi NOW, or charge him to court for any imagined offence he may have committed and then let them leave the matter in the courts as our law demand

I am a Buharist and I am angry! I did not sign up for this.
PLEASE READ, COMMENT AND SHARE. WE MUST STAND AGAINST TYRANNY FROM ANY QUARTER. EVEN IF WE ARE AT CORE SUPPORTERS OF THIS GOVT!