Prof Arsene Is The Man 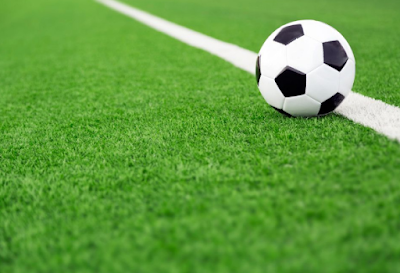 I just laugh at the frenzied attacks on Arsene Wenger by Babatunde Ogala and Godwin Dudu-Orumen. But let's look at some hard facts.

ARSENAL
Wenger had for long years maintained a low cost player squad. But the cost shot up to £332 million owing to immense pressure to bring in expensive "established" players as Mesut Ozil (£42.4m) and Alexis Sanchez (£35m). Both are aberrations to the Arsenal culture. Today, no other player earns more than £11 million. Yet the club is at number 4 on the table, made the Champions League and will make it again.

MAN U
Now compare this to Man U which has the highest ever squad cost in history at £628 million. Meanwhile Real Madrid is at £552 million and Barcelona at £422 million. Mourinho splashed £145.7 million (about half of Arsenal's total player cost) on just four players: Zlatan Ibrahimovic, Henrikh Mkhitaryan, Eric Bailly and Paul Pogba, who cost a world record £89 million. Wayne Rooney is at £70 million. Man U is now sixth on the table and did not make Champions league.

CHELSEA
Roman Abramovich has since 2003 pumped billions into Chelsea. The total squad value is £458 million. At least six of the club's players attract over £30 million each compared to two in Arsenal. The players are: Hazard-£61.25 million, Willian-£39.74 million, Costa-£38.7million, Courtois: £37.8 million, Fabregas: £35.7 million, Pedro: £33.5 million. Chelsea now leads the table but failed to make the Champions league.

EPL TOP EARNERS
Of the EPL's top ten earning players, Man U records four places: top 3 and ninth position. Man City takes four places as well: fourth, fifth, seventh and tenth. Chelsea has one place at sixth. Arsenal only a place as well at eighth. Yet Arsenal is fourth while Man U is sixth on the table. But they love to hit on the Prof. Here's the list:

EPL Club Value
Arsenal is second on the EPL's table of highest club value. Man U is No.1, due to Sir Ferguson's past efforts. Now the Special One is burning the cash and labouring at 6th on the table. Here's the list.