Music, I love music and the diverse genres to which sounds can be organized. 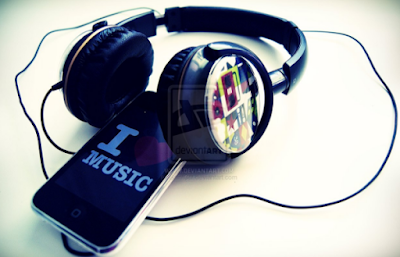 Music is magical and some particular songs bring a feeling of euphoria not that happiness is the only emotion that music can illicit.

Particular songs induce emotional peristalsis and once the floodgates are undone, one can literally dance as David danced.

There is a wonderful Hausa song that feels me with nostalgia because I connect it with part of my childhood in northern Nigeria. Its a track by Maryam Yusuf Kabara et al, in a cultural album celebrating Nigerian heroes.

I love the sounds of that music and Maryam's voice and from the little Hausa I know, it begins with greetings and praises.

At the end it a guttural ululation quite unique and not easily compared to yodeling, it's nothing you'd ever imagine but that's the beauty of music- you don't have to understand the words to catch the vibes and feelings.

There is a song that ties me to love and where I'd want to see myself in future- married and no children, just my lifelong friend and confidant that we could do crazy things with.

This particular song is called "Diary" by Alicia Keys and I had it on replay all through a two week training by USAID for health professionals at Obafemi Awolowo University.

The lyrics of the song ties me to a brilliant woman I admire and we indeed enrolled for the same training course and both were fascinated with social services especially reaching out to people for HIV awareness and other health needs.

I abruptly pushed her away like I have done to everyone in my entire life, feel sorry for those who love me not because I am scared of loving in return but depression, I've had a lifelong battle with depression and suicide to me is a certainty, just one major tragedy away.

Rationally, I don't think it's a wise investment for any woman to love me, not one and I wouldn't accept such a proposition because I don't want to be the cause of someone's grief.

I am happy for the realization of self and my critical analysis of situations because some people go into important contracts as marriages with unresolved mental health issues and rather than seek help or timely intervention would resort to abuse of their partners and children.

Some wives are mentally ill and would abuse their husband and children rather than work on their own wellbeing.

If you have issues, don't hide it; resolve it before going into marriage.

Because I am open about my own issues, I reassure others that it's safe to be around me and I define the boundaries and interactions to suit my emotions.

Ah music, it's a reminder that sadness can be such a comfortable situation and Salif Keita's "Iniagige" begins with a mellowed deftness of string strumming, in a moment is Keita's unique coarse voice.

This is the highest emotions that make us human and vulnerable, our vulnerability is tied to music and music- the companion that will take us to a moment of "no more," no more of the things that bother us. A terminal reality of life is bearable with good music.

I love orchestral sounds and the symphonies of great composers like Beethoven but still, an ear for hip hop is bliss. I love the 80s/90s hip hop and would frown at today's hip hop out of an outward sense of maturity, I can't listen to the Lil Waynes, Bobby Shmurdas, and Rich gangs because they lack the sophistication that makes real artistry but I occasionally listen to Rich Boy's "Throw Some Ds On It."

I love that song even though I don't admit in public because they portray certain ghetto-esque image of immaturity and wealth mismanagement.

Music is beautiful and this whole post is to tell righteous Christians that I love Nathaniel Bassey and Frank Edwards as well, the emotions that those songs induce in you, I feel them too.

Those emotions are not signs of any supernatural touch, they are simply the beautiful side of good sounds and good sounds stir passion in colours that are universal.