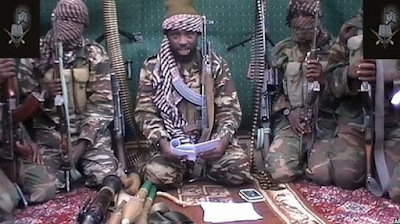 For some reason, anything that has to do with the youth including information has never been consider as urgent neither crucial.
We need to be very alert of what is going on around us and either to report any suspicious movements and suspicious activities to the police and treat every threatening individuals as a threat until we are cleared.
On Wednesday 25 January 2017 at about 1:25am, a Lorry that normally transports the Cows and the Goats from the North was traveling along Abak Road in Uyo, base on this reliable source , this Lorry pull over by the Nepa line and drop of several numbers of individuals up to 57 to 60 of them then took off heading towards Idongesit Nkanga Secretariat with few more inside the Lorry.
The descriptions of most of them is that most of them had their faces covered up and when this individual confronted few of them and asked them where they were heading to because they all looked astray, they all looked at them selfs and walked away without answering but went different ways.
Base on what I was told, I have used my own little understanding that this might be Boko Haram trying to establish their base somewhere in Uyo or Somewhere outside the Capital City (Uyo).
Let's be Smart and make wise decisions here before it's too late.
Please let's treat this as an urgent information and let's handle it as a threat for now until we clarify which troops were those then we can wave it out as a non threatening fellows.
Foot soldiers can survive anywhere even in the desart and I stand to be proven wrong and also stand to be corrected, Boko Haram is gathering in Akwa Ibom State and I repeat, Boko Haram had deployed and landed his troops and followers in Akwa Ibom State.
Be watchful,
Be guided,
Be surveillance and restrict your movements for now please.
Before you know, it is a case.
This is a life threatening information so please handle it with carefulness and apply a sense of urgency please.
Written By Edidiong Edet