Home / local / IS PRESIDENT BUHARI STILL EXPECTING THE RESULTS OF HIS MEDICAL TESTS IN LONDON?

IS PRESIDENT BUHARI STILL EXPECTING THE RESULTS OF HIS MEDICAL TESTS IN LONDON?

Its now officially over 30 days since our President Buhari travelled to London for medical checkup, under guise of annual leave, like some middle level ministry worker would do. No problem. 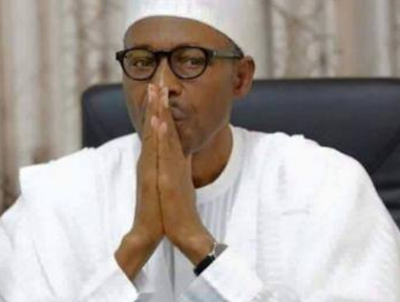 After a lot of outcry from Nigerians who found it strange that a sitting president would just disappear from public view for over 2 weeks, our president eventually wrote our National assembly that the reason he had not been back was that he was WAITING FOR RESULTS OF HIS MEDICAL CHECKUP AND TESTS....

It is curious to note that the President never acknowledged what most of us suspected - that he has a serious illness keeping him in London. He only claimed he was waiting for results of his tests. His people also insisted he is well and went out of their way to show us 'pictures' of different people visiting him in London.... Always in the same sitting room and in most cases wearing the same clothes.

They even told us President Buhari had a great conversation with President Donald Trump of USA last week. Okay.. No Problem.

So, now that he has spent 30 days in London with no public video broadcast or voice message to the people of Nigeria, we just want to know if he is still waiting for these test results....

He told us he is in LONDON and we all know they don't have power failure or doctors' strike there... so what exactly is delaying these results? Are his people still claiming he is very well and smiling? Is that still their final answer?