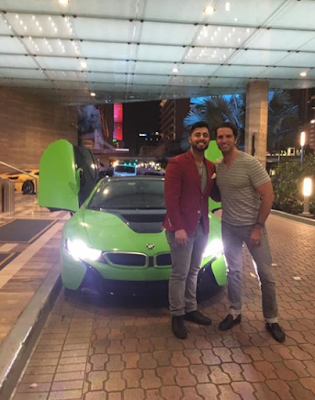 I'm going to keep this

When I was roughly 10 months into Network Marketing I hit a level where I was seeing about $4K-$5K a month in income.

I attended my first ever convention, shared my story on stage in front of 3000 people, and directly after I had 3-5 people tell me I reminded them of another individual in another company named Nick Sarnicola.

To be totally honest I had 0 idea who he was. People were telling me I was the "Young Nick."

I went home that night, YouTubed this gentleman, and since that moment I've studied his content, videos, mannerisms, tenacity for the past 6 years. No one on this planet has taught me more about winning in this style of business than this guy. It's interesting because over the years I've heard just as much good as bad when others have brought his name up in conversation.

People have continuously told me that he's too aggressive, too much of a hard worker, an asshole, too intense, doesn't care about people, etc. One thing I've realized is that when you're great, people talk smack, period.

When you're on top, people will be jealous. It's just the way it is. People will find something about you and just attack.

Last night was the first time we ever met in person. We talked for 4 hours until 2:30am. He was incredibly humble, admitted he's made mistakes (just like everyone), and he probably taught me more about life in 4 hours than I've learned in years.

Dude lives in a $6,000,000 home on an island, has a superstar sweetheart wife, beautiful kids, and has earned more money than just about anyone else I know currently in MLM. North of $50,000,000 easy. and the biggest accomplishment in my opinion is that he's helped close to 40 people become millionaires. Insane.

Anyways, this guy is a winner and someone that people should emulate when it comes to the science of achievement. After my 20years run in MLM If all they can say about me is that I'm too aggressive, I'll take it. Rather be too aggressive and real and crush everything than be a fake soft little cupcake and get half ass results.