The Strange Disappearance Of President Buhari 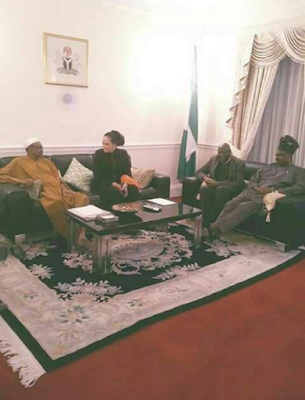 I am glad our President is alive and well, if we could beleive that he recently met with Gov Amosun in London. However I will like to put it on record that I am EMBARRASSED AND DISAPPOINTED with some of the untenable excuses some supporters of Buhari are giving for his disappearance from public view for 12 whole days, and putting the whole country in an anxious mood about his health, with imaginations allowed to run wild unnecessarily.

We have a presidential spokesman telling Nigerians that nobody can force president Buhari to show face or reassure us he is alive and well in the face of dangerous rumours that he had died in London. This came from a supposedly intelligent information officer in the govt. I say SHAME!

By far The most absurd and disingenuous defence of this non responsive attitude of a president I have heard so far from some of the so-called loyalists of the president is that the President of our country is an 'employee' and that all the president as an employee needed to do was give handover notes to his VP before proceeding on vacation and that he did not need to show face while on vacation, even as the whole country is ravaged by rumours of his death.

This is just crazy!

Try to imagine Americans not knowing where or what condition their president is for 12 WHOLE DAYS! Russia could attack or Chinese can simply take advantage and attack. If he eventually showed up in 12 days with this kind of stupid excuse he would probably be impeached for gross irresponsibility. In fact it can't happen! Journalists will fish him out and show us pictures of where he is or what he is doing

It's only in Nigeria that we defend the indefensible that makes us look to the world like nearnderrhals. The fact that we would even compare what an employee had to do while on vacation with what a President of a whole country has to do is depressing to me personally.

So, according to this GMB people, all our servicing president had to do was give handover notes to his VP and disappear for 12days because he is on vacation? Come to think of it, How many self respecting presidents in the world would even take 2 weeks vacation at one time? And then not show up in public doing something? Even if he is undergoing medical treatments, Nigerians have a right to know! Even his doctors report is public property. We have a right to know if our aged president is still capable of leading or if he is due for permanent retirement. Really 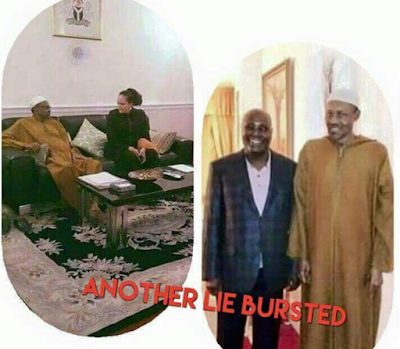 Frankly, now I feel like apologizing to FFK and Doyin Okupe for some of the names I called them when they were spinning rubbish on behalf of president Jonathan .

I can't even beleive We are actually DEFENDING this 'disappearance' from public view of our president for 12 days now as something trivial as an employee on vacation?

Really? I am definitely ashamed for that comment. Without apologies that is an FFK-like explanation. I am sure even FFK WOULD DO A BETTER SPIN than this. FFK with all his faults is 10-times more intelligent than these clowns when he wants to spin. At least he would couch his bullshit in intelligent and often believable rhetorics even when we all knew he was lying through his teeth.

For those who still don't get it: The president of a country is PUBLIC PROPERTY. The President is not some damn employee who can just 'disappear and not show up. He is not an employee on vacation who can choose whether to pick up his employers' call or not.

Even a senior employee of a company on vacation must check in to see how his company is doing, particularly if bad rumours are going round. If I wanted to see or talk to my General Manager on vacation because there were issues cropping up and he didn't pick my phone, I will fire his ass unless he can show me he was in a bush or island with no phone. Even then I will still suspend him for putting my company in danger.

Let's not ridicule Nigerians by telling them they should not worry about their president because he is on vacation! He is not a normal civil servant. We give him police protection. He changes how our country is run. He is entrusted with the decisions about how we should respond to local and international issues. He is a 'SUI GENERIS public officer and he SHOULD ACT IT! This 12 day disappearance from public view is arrogance or ignorance of the highest order.