Home / education / Listen In The Wnds! The Sun Will Overcome The Darkness

Listen In The Wnds! The Sun Will Overcome The Darkness

Listen in the winds. Hear you the growing growls of the Barbarians at the gates? They grab the people's silence of resentment and own it and set sail with it and fly with it. 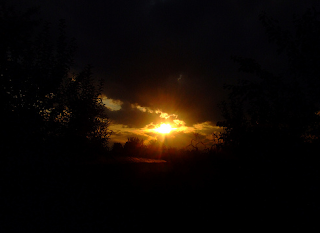 But they are hypocrites with fiery voices and fake promises coated with honey. They are glib tongued, cursing and organizing wizards who by their thunder and lightening deceive the many and lead them to perfidy, destruction and death.

They organize for themselves not for you. They seek to purloin your essence. They embrace devilry to conquer. They lie shamelessly. Manipulate ruthlessly.

Dream green-eyed for lucre and power. Suck greedily like Dracula on the blood of the innocents. Then their lies and greed and ambition and ruthlessness and cunning and curses and false promises crash on the mountain of Hypocrites.

Listen in the winds. Hear you the growing growls of the Barbarians at the gates? Now they come again. To own the people's silence of resentment.

To fly again with loud lies and curses and deception and hate and threats and false promises. Their thunder and lightening are selfish delivering destruction of means, murder of truth, ruining of livelihood, rampage of corruption, cold and hard unfeeling spread of death from poverty and men armed with military weapons.

They come again.
Listen in the winds. Hear you the frightening howls of the jackals and growls of the Barbarians at the gates? Be not deceived, Beloved. Be not afraid, Loved Ones. Stand firm on Truth. Their labels and curses and deception will be their undoing. For the womb of time is laden heavy with pregnancy. The auguries whisper their demise at the Red Sea.

Listen in the winds. Hear you the chilling laughter of the hyena and the growls of the Barbarians at the gates. Be not afraid, Beloved. For Babylon will fall. They will stumble and fall. The weeping and gnashing of teeth will be over. Then the sun will overcome the darkness. Then the light of truth, of love, of plenty shall heal the land and the people shall prosper in peace