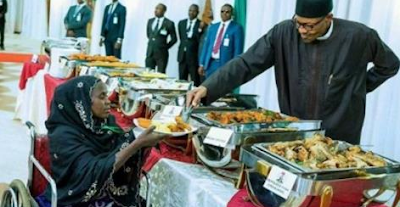 With the heralded fall of Sambisa Forest, you would think Boko Haram no longer has capacity to set up a large camp in the forest not to mention around the well defined IDP camp at the Kala-Balge local government area of Bornu State.

So why would our military jets go bombing the camp, reportedly killing over 100 of the traumatized souls or refugees called internally displaced persons (IDP). It is reported that some personnel of help organizations as the International Committee of the Red Cross and Medicins Sans Frontieres (MSF) were killed and some wounded from the deadly bomb blasts.

The bombing was an error? I thought bombing missions were consequent on effective military espionage and well defined clear coordinates for bombing pilots. I do hope the reasons for the "error" will be promptly investigated and the facts made public. This is one issue where sloppy investigations will not do. With the Red Cross and MSF bloodied, international glare lights are on Nigeria.

Nigeria is much below par when it comes to disaster management. Besides I will be surprised if there are any hospitals or even clinics, public and private in Kala-Balge local government area. The nearest hospitals may be hundreds of kilometers away on very bad roads from the IDP camp. There might be no ambulances or fire departments to help in the prompt movement of the masses of wounded persons to nearest hospitals for medical care and to save lives.

My mental image of the horror at the IDP camp throws me back to the Jesse pipeline fire disaster of 1998 which I had the horrifying duty of covering live as a reporter. The fire blazed for five days before a firefighting company from the US put it off. Over a 1000 persons died. A great number died because of lack of medical help and hospitals or even clinics in the whole of the Ethiope local government. Has that situation changed today? No.

Many with third degree burns and peeling flesh were rushed by bicycles and taxis to the few and poorly equipped private clinics and one general hospital in Sapele. It was terrible to behold: the cries of the dying and of mourning relatives and later the mass burial of about 300 burnt beyond recognition bodies with bulldozers.

Have things changed in many of our local governments across the country? Are there well run and fully equipped clinics and hospitals with doctors to treat the sick and wounded in the many remote communities of Nigeria? The sad answer is a big NO. It is a tragedy that lack of medical care is of little concern to our Senators and members of the House of Representatives compared to their selfish uproar over the six week closure of the Abuja airport. 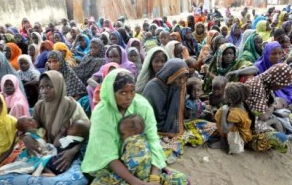 When it comes to the welfare of the poor, the Nigerian political elite generally does not give a damn. Instead he ruthlessly exploits the poor. Take for instance, the diversion of food worth millions of dollars, meant for the homeless and hungry refugees fleeing from the murderous Boko Haram terrorists, by rogue elites.

Quite typical, multi billion contracts are structured and inflated on the pains and deaths of the unfortunate masses in the IDP camps. There is the IDP Fund scandal involving the squirreling away of N5 billion meant for the upkeep of the displaced persons including sick and malnourished children. That scandal remains an unresolved mystery. There is also the report of Bachir Lawal, Secretary to the Government of the Federation organizing a fraudulent N250 million contract to cut grass at the IDP camp. Only God knows how many more dummy contracts and looting have taken place and are still going on, in the name of the poor, homeless, dispossessed and dying in the IDP camps.

Now that our military has bombed the IDP camp in error, with so many killed and a lot more wounded, you would think that all hands would be on deck to help the wounded and provide for children who lost their parents to the bomb blasts. You would think that there would empathy for citizens with torn limbs who will die because there are no proper clinics or hospitals to treat them. You are wrong.

In the middle of this disaster and bloody battle for survival, many in high places are writing proposals for huge multi billion Naira contracts for one and only one purpose: To steal and up load the money into personal foreign bank accounts.

Indeed, the impoverished and scared refugees in the IDPs must wonder who to fear more. The rampaging Boko Haram terrorists? Or the berserk elites who loot and leave them at death-door of poverty and disease? Add the new fear of jets streaking across the skies only to dump Holocaust bombs on them. It is a dog's life. The terrorists burn your home and drain your blood. Your leaders loot your basic sustenance and leave you to die. The military bombs you in error and leave you dead or wounded. Then add the lack of clinics and hospitals in hundreds of communities across the countries. Yes, it is a dog's life for the poor masses.

Brigadier General Rabe Abubakar, the military spokesman has reportedly said the bombing was an error that the military deeply regrets. It is good for the military to regret the error. But the tragedy is of horrific proportions. The military must do more than regret. It must throw all it has - medical personnel, transports, troops, funds etc to promptly help ease the tragedy.

We must also recognize that worse than this tragedy and worse than Boko Haram atrocities, is the cold blooded, ruthless, vulture like greed of our elites who feed on the carcass of the poor. The hopeless members of the houses of representatives and senate and houses of assembly across the states who rake in armed robber pay, clean out constituency projects in trillions of Naira, organize illicit contracts in billions of Naira from corporations and ministries through oversight blackmail, yet have no clinics or hospitals in their communities and constituencies. Their greed is the greatest threat to the wellbeing of the IDPs and every member of the unfortunate citizenry called the masses. Until these soulless men are stopped in their tracks, life will continue as badly as it has always done if not worse. The trumpeted change by the Buhari government has turned out just hot air and empty propaganda.

It is such a shame.