Home / local / Government Hopes To Earn A Revenue Of N3.3 Trillion Next Year

Government Hopes To Earn A Revenue Of N3.3 Trillion Next Year 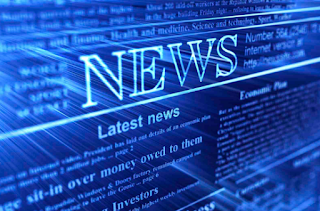 Nigeria earned Oil related revenue of only 820b and non oil revenue of N1.45 trillion in 2016 so we earned roughly about 2 trillion out of a projected 6 trillion budget.

That is abysmally low and the reason why government has struggled to meet obligations and has borrowed extensively to the tune of 4 trillion as revealed by Emir Sanusi.

Debt servicing will therefore take 1.6 trillion out of our N7 trillion budget in 2017, recurrent expenditure will take another 3 trillion (rounded up) so we have less than N2.4 trillion for Capital projects.

Government hopes to earn a revenue of N3.3 trillion next year and borrow N2.3 trillion so how are we going to make up the difference or did I miss something except we plan to borrow more through the back door as we did this year. Will this budget reflate the economy as hoped? Time will tell.

PS: I did miss something. In addition to the N3.3 trillion above, we also expect to earn N1 trillion from independent and other sources and N565b from recoveries.