Confusion In Christendom With This Retarded Idea Of A Christian Court 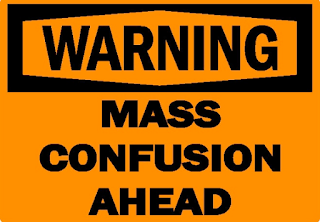 WHO IS TRYING TO CAUSE CHAOS AND CONFUSION IN CHRISTENDOM WITH THIS RETARDED IDEA OF A CHRISTIAN COURT?

Still on the proposed Christian Court, I really would like to know which denomination the Christian Court Judges came from, and which 'Christian Code of law' they will adjudicate? Is it Catholic Code or Anglican Code, or Pentecostal, or Aladura, or 7th Day Adventist, or maybe Mormonism. Which one exactly?

Also which Bible will be used in this Christian Court? Is it the Latter Day Saints bible, or Anglican bible or Catholic bible or Pentecostal Bible?. In case you didn't know, these denominations all have different bibles with each accusing each other of deleting or adding something to their own.

ITS A BIG MESS THAT WILL ENSUE IF THIS RETARDED IDEA GETS ANY TRACTION.

The muslims won't have to worry about anything, Christendom will go into Civil War against itself and destroy itself - I am even suspecting this must be the satanic idea behind all this.

Seriously, when they pass these CHRISTIAN COURT laws, Will they make Pentecostals live under the religious rules of Catholics (i.e will my church in Nigeria, Bethel Wondercity, now be required to baptize babies who don't understand 'Salvation' yet like the Catholics do? What would happen with divorcees who want to remarry since different denominations have their own rules on it? Would churches now be required to have Confessionals now and bow to the Virgin Mary? Would Catholics now be required to speak in Tongues, or would they select Anglican Judges to preside over Catholic issues? We all know how that would end.

Or would it be Celestial church people that would determine the Christian Law the Methodist Church or Celestial Church of God people should follow? Or would Redeemed Church people recognize the authority of an Aladura Judge over their spiritual laws?

This is so retarded i can't even imagine who thought this one out, and they actually passed it in SECOND READING?

The Muslims talk mainly in two sects and they both mostly agree on most parts of the quran and have their direct canons from one version of the Quran (they only disagree on some interpretations), but the CHRISTIAN FAITH has not less than 20 factions from the last time i tried to count, with their own Holy Bible, each having material irreconcilable differences in passages, and each believed the other has been penetrated by Satan.

Most have their own bibles with some different books or passages. The Redeemed person believes the white garment churches are not serving the same God with them; the pentecostals consider Catholics to heretics and cultist for their stand on the immaculate conception of the Virgin Mary herself and for their ceremonial liturgies; The Catholics also will die rather than give up their Mass, Confessional or place of Virgin Mary in their doctrines.....

SO, THE REAL QUESTION WE SHOULD BE ASKING: WHO IS TRYING TO CAUSE CHAOS AMONG CHRISTIANS?