Home / local / Cattle, Vegetables And Perishables Foods Are To Be Transported By Rail

Cattle, Vegetables And Perishables Foods Are To Be Transported By Rail 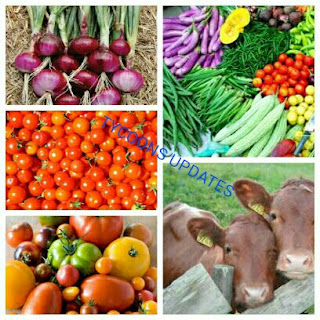 Chief Executive of Nigeria Incentive-Based Risk Sharing System for Agricultural Lending (NIRSAL), Aliyu Abdulhameed, last week, announced the commencement of an innovative scheme, which would allow the movement of cattle from the north to markets in the south by rail. Under the scheme, cattle, vegetables and perishables foods are to be transported by rail.


Dr. Ayok Celestine,Nigerian agricultural scientist said the scheme, if realised, would help to revolutionise the agricultural sector in the country.According to him, transporting livestock by rail is the best way to transport livestock in good and humane conditions without compromising the meat quality and the economic value of the animals.

This project is to reduce the cost of transporting agricultural produce by over 20 per cent, minimise wastage and spoilage of goods in transit by over 40 per cent.“Transporting cattle by rail will mean that farmers will produce more, increase their profit margins, make more money because rail transport drives volume, reduces landing costs and is a win-win for the farmer,” he added.