50 Years Of Failed Anti-Corruption Wars: STRATEGY OVERHAUL A MUST! By Ken Tadaferua 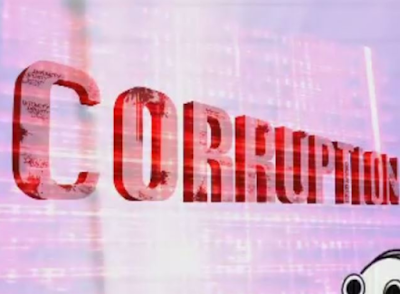 If you wish to confirm that corruption is spreading like harmattan fire up until today, go to any public office, north, east, south and west including the Presidency. You want driving and car licenses, contracts, court affidavits, budget approval at the National Assembly or go past police highway checkpoints and indeed every single interaction with government offices, then you must bribe, inflate or be blackmailed with horrible delays into coughing out money for simple documents. In the concentric circle of conspiracy among executives of every ministry and agency, billions are shared and looted with such regular and easy equanimity. Like sharing ice-cream. No alarms go off. No conscience.

Nigeria's anti corruption salvo was fired at its first military coup, January 1966. Five decades and several coups after, the anti corruption war is still being fought. Buhari, Mohammed, Babangida, Obasanjo and co, introduced one form or other of anti corruption war strategies. But the mournful produce of the wars, in the same 50 years, is corruption geometrically burgeoned. The wars waged by successive and the current government in the five decades are obvious colossal failures. But why is this so? Four key reasons:

One: The anti corruption war is executed as a strictly elitist weapon of limited destruction deployed by power elites against opponents or rivals in the pursuit or consolidation of political power. It is not structured to cleanse the larger nation of corruption. From the first republic politicians accused and murdered for allegedly taking 10% bribes to today's Bukola Saraki, Sambo Dasuki and others who allegedly inflate contract sums a thousand fold, the anti corruption wars have remained elitist. This has resulted in a large disconnect, a deep lacuna, between often ignored widespread corruption in the larger society and targeted elite corruption.

Two: Since the anti corruption war is an elitist drama, usually prosecuted on very high octane, populist propaganda, it is limited to basic police arrest and prosecute strategy that is 70% media thunder and 29% prosecution abracadabra and 1% conviction. The conviction of arrested elite suspects is scarce as fowl tears in spite of massive elite plundering. Clearly, the war is largely smoke and glasses, absolutely in huge credibility deficit.

Three: There is no integrated overall strategy to checkmate corruption in offices across the land. Few are the executives, workers and contractors of government offices from local to state and federal levels across Nigeria that are not daily splurging on inflated contracts, bribes and direct stealing. Let any public office not engaged in corruption stand up to be counted. I dare say none. So if multi-multi billion corrupt deals are daily fare in every 774 LG offices, 36 states and Abuja, the Presidency, the National Assembly and Courts, plus all ministries, departments and agencies of federal and state governments, how can it be said then that there is an anti-corruption war in place?

Four: There is great resistance by leaders of successive governments against plans to restructure the easy to loot system Nigeria runs. A system legalized by the constitution, which monthly, for the past 50 years, shared and still shares unearned monies to lazy, visionless and unproductive crooks in power. A system so full of leaks that billions of Naira daily pour in torrents from treasuries into private pockets with no alarms ringing. Indeed for our leaders, politicians, elite and indeed many other Nigerians with proboscis stuck deep in the lucre of corruption, restructuring of the national socioeconomic system is a no go area. If therefore the rotten, leaking system will not be restructured what manner of anti corruption war is being fought?

The anti corruption war is therefore no more than a manipulative smokescreen. One that has, in past fifty years, entrenched in the constitution, a rogue, free loot, sharing system in the federation account. A mere elite drama for decimation of political opponents or populist propaganda for power consolidation. One that has refused to evolve a system that ensures severe disincentive to stealing at all times, at all levels of public offices across the country.

As we approach 2019, we must define corruption. We must assess why stealing massive sums of money is so easy in government. We have to develop new structures and systems or engage in massive restructuring of our rogue sociopolitical systems. We must evolve a massive integrity reorientation campaign for the citizenry and engage not just the elite. We must dump the failed base police arrest and prosecute publicity blitz that yields no convictions. These are the issues that ought guide us, as we assess political candidates' vision and capacity to fight corruption from 2019. For now, let us all accept that the anti corruption war is one huge joke. Corruption is mushrooming wildly.
Share on Facebook Share on Twitter Share on Google Plus