Home / religious community / Is Islam A Metaphor For Pagan Worship? By Darren Idongesit

Is Islam A Metaphor For Pagan Worship? By Darren Idongesit 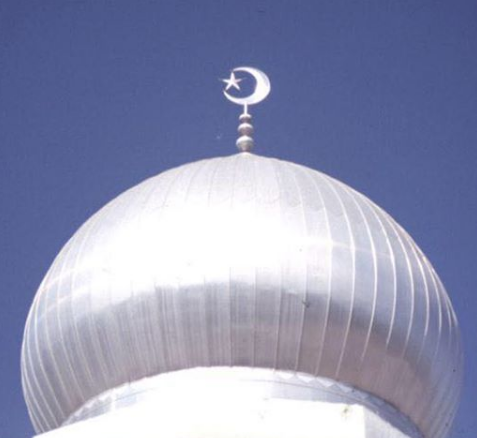 We can attempt to answer this by asking a joining question;

What do we most associate with Islam?

An obvious answer would be the ubiquitous 'Moon and Crescent,' found on flags and mosques. It is a universal symbol of Islam and was widely adopted by Islamic nationalists as emblems for various flags especially the countries created in the 21st century.

The truth is that the Muslims don't know the pagan origins of that symbol.

Mohamed never used the 'Moon and Crescent as symbol for Islam, the origin can be traced to 1st century BC Byzantium which was a Roman territory then.

The cult of the Roman moon goddess Artemis used the symbol and its apparent why they adopted it but as we go further in history, the eastern Roman Empire falls to Turkic groups who had converted to Islam.

The fall of Byzantium led to the rise of the Ottoman Empire which adopted the symbol for the pagan moon goddess to represent their national symbol as well as that of the many regions of their vast empire.

The question here is that Muslims weren't the first to worship the moon or symbols that represent it, but why they don't question their moon worship or the symbols representing moon goddesses today?

Is it blasphemy to suggest that Muslims worship the moon goddess Artemis?

Is there a link between Mohamed's moon worship and that of the cult of Artemis?

Why do they generally adopt her symbol to represent their religion?

Why do Muslims adopt the lunar calendar for Hajj and Ramadan instead of the solar calendar used in Christianity?

Could it be that Muslims wanted a metaphoric opposite of Christianity's solar worship?