Home / tv and radio shows / Big Brother Naija: Let Kemen Off So easily, What We Suggest Is Freedom To Abuse

Big Brother Naija: Let Kemen Off So easily, What We Suggest Is Freedom To Abuse 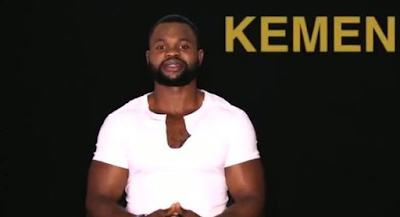 When we let Kemen off so easily, what we suggest is freedom to abuse. Yes, we did let him off easily. Apart from tweets and e and may come with jail time, or at least some time with the police, or away a free man from an act that should come with stiff consequences. In other climes, this will be treated as a criminal case psychological evaluation.popcorn, waiting for the attention that should come with quips, Kemen walked

None of that happened.

What we have done is empower more men of his kind to pursue their lust without fear or shame in the vilest manner because this society holds no man to contempt for attaining the status of a molester.

That, somewhere in our future, Payporte will gladly sponsor a programme projecting a brighter future for the Girl Child, for instance; partner with EbonyLife TV and/or Access Bank and/or an NGO to host, say, a session on “Celebrating Women on Decades of Breaking Glass Ceilings” and other redundant colloquies… when all they had to do in 2017 was stand against abuse which will trickle to the larger society and send a powerful message to predators and victims; that is the duplicity of our way of life.

The celebration of the girl child on Women’s Day or Girl Child day or Mother’s Day or any of the one hundred days dedicated to women is a hoax in a society where Kemen gets a slap on his wrist.

That video is sick. It’s not funny. It’s not “how men behave”. It’s not acceptable. You cannot wish it away. You cannot do anything other than to look at it and call it what it is – a sick attempt of a sexual molester. I see his type everyday on C& I.

It doesn’t matter the pink accounts, pink slips, special female offer yada yudu companies give out to women; these are consolation prices for the misconduct and disrespect to the gender, which has been endorsed by the silence of the organizations who should distance themselves from Kemen forever.

Tboss’ consolation price is N500,000 shopping fee. I don’t care how else it is interpreted. As far as I see, that is the little bribe that comes from “letting it go” “
trf4rLet God be the ultimate judge” “Don’t worry, at least he didn’t insert his penis” “Thank God he was caught before it became full blown rape.”

Like the candy or biscuit given to the little child after the neighbor put a finger in.

This should make us uncomfortable. For this one act, we have given more than one hundred men liberty to take what is not theirs to have.

#BBNaija is recorded as one of the most successful shows ever with millions and millions of Nigerian loyals. Acquired more votes than the presidential election. This was our opportunity as a society to call out sexual abuse for what it is. We failed.

Kemen is on the red carpet, socializing with housemates, getting love emoticon stuck to his name on IG. People badger and harass the few people who try to shame him. Nobody wants to address the elephant in the room. Whilst you feed on his 10 packs and ugly lips, the question now is: “What did he do wrong?” Followed by silence. Silence of the weak. Silence of the undecided. Silence of women.

Yet, we come on social media to continue our long gibberish on women empowerment, seeking audience from the same companies who do not have the common sense to know how to handle a case so glaringly distasteful and criminal. Not even the HR of these companies had the decency to draw out an intelligent memo regarding this issue. Makes you wonder how they handle in-house sexual abuse.

Rick Ross didn’t grope a woman, what he did was rap about date rape, and Adidas pulled their rug from under his feet. That response is better and more effective than one thousand “Happy Women’s Day” crap events.

Here, the under-talented AY shames the victim even further on stage by playing down the issue and vindicating ALL men from unruly sexual behaviour to the chagrin of the few with sense in this country, and to the delight of the millions – including companies in partnership and sponsorship of the AY brand. He still gets to hold his Easter Comedy show, and the hall will be packed full of men and WOMEN, cheering him on, laughing at his utterly idiotic non-jokes.

Don’t celebrate the girl child. Stop putting days aside to clap for her. Don’t single her out for love.

Just do the right thing when the occasion to do right slaps you in the face.

Don’t tell me I am more powerful than a man. Don’t tell my daughters they are as strong as boys. Don’t. just don’t. Fuck off.

Stop patronizing my gender. Women are not society’s amusement. We are not Saartjie Baartman for your sick entertainment, grand pity and condescending approval.

Just do the right thing. Call it what it is. And that would be enough.