I can't understand why people can't discuss issues but would rather choose to engage in the fruitless exercise of finger pointing. 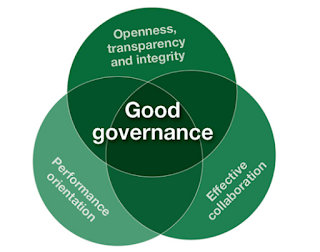 Every time i talk about Buhari Govt's Policy, rather than join issues with me on that issue, some people prefer to keep reminding me i voted for him, as if that is relevant to the issue of discussing his policies.

Everytime you criticize a govt policy, all they want to talk about is 'But you voted for him!". SO? WHAT HAS VOTING FOR BUHARI GOT TO DO WITH DISCUSSING SOME OF HIS POLICIES WE DISAGREED WITH?

You are at liberty to discuss your own opinion about whatever I had to say about any policy of the Buhari Govt but its useless to keep reminding me we voted for him as if we forgot, or as if that bars us from looking at his individual policies.

People forgot we voted for Jonathan in 2012 but later became one of his harshest critics.

I don't remember the APC or PDP party fanatics reminding me that I voted for Jonathan in 2012, even as i went on TV and Radio campaigning that we needed to vote him out in 2015.

Elections are elections, governing Is governing. Just like I voted for Trump. It wont stop me from criticising any of his policies I disagree with when he starts making them.

During elections, I always pick my candidate and support him with everything I have. After the elections the winner now needs to govern the WHOLE OF NIGERIA and at that point the only thing important is whats good for Nigeria, regardless of party.

I have said repeatedly, I HAVE NO PARTY and BELONG TO NO PARTY though I still think Buhari was a good choice even now though there are plenty of is policies i disagree with.

SO PLEASE LET US  FOCUS ON IMPORTANT ISSUES . WE NEED SERIOUS PUBLIC DEBATES, AND NOT USELESS FINGER POINTING ABOUT WHO VOTED FOR WHO IN 2015.


Please be informed I love everyone who cared to engage with the FACT.