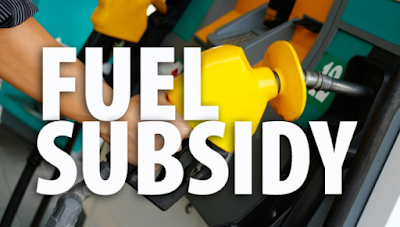 For over four decades, we have been blowing grammar, churning out informed opinions and essays, writing with rivers of ink, giving tomes of technical advice, organizing seminars and workshops on FUEL SUBSIDY.

But the owners of the concentration of political and economic power in the political center, called unitary system of government have for over the 40 years only pretended to listen.

When the din against the evil of petroleum products price hikes, subsidy payments and gross inefficiency in the downstream oil sector gets to a riot, they throw half hearted palliatives to the masses: DFRRI, MAMSER, PTF, IPP, PSF etc But year in, year out, they hike prices, pay subsidies and fatten the rogues in the inefficient value chain. Petrol price have been hiked several times over the 40 year period, from 20 kobo a liter in 1986 to N145 a liter today.

There have been, in the 40 years, dubious claims by government on deregulating the fuel sector after effecting huge hikes in prices of fuel. Remember all the fanfare and high hopes with which the Petroleum Products Pricing Regulatory Agency created in 2003 with headquarters in Abuja to monitor and regulate supply and distribution as well as determine the prices of petroleum products in Nigeria? Where is it now? Pure fraudulent dance on the intelligence of Nigerians who seem to swallow government duplicity with guileless glee.

In this 40 year period, the contraptions called Nigerian governments sat nicely by to oversee the destruction and dilapidation of the nation's multibillion dollar fuel refineries. Then they raised a new set of rogue billionaire importers of petroleum products with all associated costs of transatlantic transportation, ports demurrage, diversion and mass corruption heaped on the masses.

Some day, Nigerians will wake up to do deep analyses of the fraud called governance, specifically the decadent unitary system of government, which corrodes everything with its acidic centralization and controls. The country is dying because the mandarins benefitting from this desolation called unitary government will not let go. Worse, our people applaud this deception.

Check the produce of the past 50 years of unitary structure: massive corruption, massive poverty, massive joblessness, massive dislocation of multi billion dollar national investments from steel complexes, to refineries, to power generation and distribution, to national stadia, to teaching hospitals, to roads, to national airline, to national shipping line, to vehicle assembly plants and more. A destructive system that shares free money monthly to rogue politicians and public servants, one that does not drive productivity, that in five decades earned over 95% of its export earnings from oil, without even a hint of diversification.

The fuel subsidy is a concomitant of the malaise called unitary system of government. So long as the powerful remain fixated on the system and the deception of "due process" so long will fuel price hikes and fuel subsidy continue to assail our lives.

Folks, just stop wasting your time doing analyses and postulations on fuel subsidy. We have been had. If 40 years is not enough time to realize this, then Nigerians are indeed fools forever.
Share on Facebook Share on Twitter Share on Google Plus