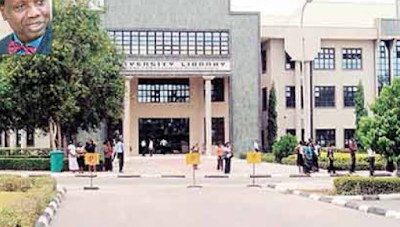 So Redeemers’ University expelled a final year student because, err, he wrote a post on Facebook that they believed was about the school, and it wasn’t flattering.

LMAO!!! You see how silly these schools are? We are all complaining about government, but in our places and positions of authority, we demonstrate same obnoxious behaviour.

Dude, if you have any sense at all, do NOT “leave this for God”. Sue their asses to their last penny. You have a very good case, you can win this. Take a stand.

I just read of three Nigerian women who were awarded the sum of N18m against the Nigerian Government. ECOWAS court ordered the government to pay the sum of N6million each to the women as compensation for harassment, humiliation and wrongful detention, and also for addressing them as prostitutes. This happened in Abuja with the overzealous and clearly ignorant officials of Abuja Environmental Protection Board.

These women didn’t fold their arms and cry. They sought justice. I can only imagine the many lawyers who’d have told them they had no case. “Sue the Federal Government? You can’t win” Oh yes they did! And they won!

This Redeemers’ guy’s case should be easy… but trust Nigerians – first his family will try to guilt-trip him.
“Why should you write a post about the school? Why are you like this”
Why shouldn’t he write a post about the school? Is the school above scrutiny?! Let’s not forget that nowhere did he mention the name of the school.
Then family will remind him how - at 10 years old in 1900 - he broke a cup and refused to be humble about it. Bringing up shit from his childhood to affirm his bad luck, talking nonsense about what he could have done to provoke this verdict.
When family is done blackmailing, other factors of society will step in to strip him of whatever remnants of hope he may nurse.
I am hoping he is not a fool. I am hoping he doesn’t head to any spiritual home to cast out his “rebellious spirit”. Dude, you are ok! There is nothing wrong with you. Your school is the one with a problem! Nigerians in every position of authority have their heads buried in their anus. They think their shit smells like cologne. Even the gate man guarding the most inconsequential personality will seek to control your rights if you knock on his gate.
If you start the legal process now, you can get a few millions to start a business in another, say, three years; with your certificate to boot!
Share on Facebook Share on Twitter Share on Google Plus