What happens when victims of rape share stories on social media? 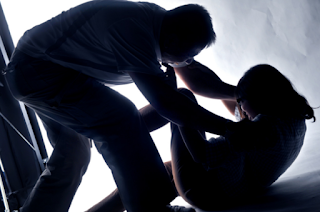 1.These stories excite rapists. No rapist ever “repented” by reason of a victim’s confession. A victim’s story, with details of the event, stirs the rot inside a rapist. It’s a thrill. It’s a moment to relive what he has done (to another woman, not necessarily the writer).

Rapists do not change. It is why the only place they belong is in prison. If you watch C&I, you’ll realize many rapists return to jail after their first sentence. They spend 14 years in jail, are released… and in less than 7 months, they are back in jail for another, say, 21 years. They are repeat offenders, even with rehabilitation. Especially those disgusting things called Paedophiles

In Nigeria, there is no structure for professional counseling and rehabilitation, except for religious homes and their keepers who brag about curing HIV and removing the demon of Rape from offenders. Our situation is quite dire.

Perhaps like cigarette addiction, it is hard to be a repentant rapist. Look at you and your struggle with Coca-cola, for instance. For even a flippant drink, your addiction is tough to knock down.

I watched one particular episode where a rapist shared the struggle of resisting the urge to rape. It was as tough as seeking help with cocaine. He sweats, he pants, he does strenuous exercises just to shake the thoughts off… he is in torment when he is a normal person. He definitely shouldn’t be on social media (Nigeria); reading all these stories would cheer his demons.

It is why the main focus should be to rehabilitate the Police. If we have an effective justice system, then we can push effectively to get rapists jail time. This idea of talking rapists into “changing their ways” or “treating every woman as your sister” or “don’t you fear God” and all other clearly annoying manipulations cannot work.

And… it is unreasonable to bring “other men” into the guilt of Rape. If it wasn’t committed by them, then why should they account for the actions of a rapist? You may want them to speak out of their privileges, fine; still they have a right not to.

If we really want to pass blame, then let’s blame women. Mothers are usually the first responders to Rape. In many instances, when a child tells her mother… what would be the average Nigerian mothers response?

In many cases, nothing. In some cases, she blames the child. Beats her even.

Victims confide in their girlfriends; what do they do? One small argument, and they throw the word out on the street, using the weapon of sexual molestation and rape to SHAME another woman.

Why, then, are you not speaking more to women?

The only men guilty of Rape are rapists. But almost all women are guilty for the method they employ in the discussion.

By God! How do you start a rape conversation by first stating that “I have never been raped, thank God”, and then progress to: “even when my darling husband sometimes wants to sex me and I am not in the mood, I understand what rape must feel like.”

What kind of nasty, inconsistent, dense contribution is that? How do you people queue under such intense stupidity and leave comments? I am constantly ashamed of the Nigerian woman. No day passes when I don’t cover my face in shame. We are too disgraceful. See how poorly we handle issues. Our numbers count for nothing. Gather one billion Nigerian women in a space that promises healing/restoration… check back later, they’ll be sharing cupcakes and talking about how to please a husband. Not one proper cause will be achieved. Soon it will turn to some sort of August meeting; asoebi sharing tinz. It would be sad if it wasn’t so annoying.

Who advise women to wear wool clothes down to their toes? Who preach for long term virginity? Who judge, harshly, women’s beauty, success, struggles? Other WOMEN.

Now Rape is the new angst. The numbers shouting all at once are ineffective, because the approach is pedestrian and insulting to say the least.

For the level of decency, discretion we display every single time serious matters arise – this infantile level of engagement every damn time… it will be better if you drop your stories as a report at the desk of the nearest police station or at Mirabel Centre… evidently we need more centres like that. Because this social media one-minute rage is doing more harm than good, especially as it feeds the culture of rape and stigmatises all men (except the husbands of a few, of course *roll eyes*). It’s tiring.

What y’all have succeeded in doing is allow rapists wank on a lot of stories for free! Let us forget the humdrum comments; the routine and cries of “Jesus” “sorry” and “it is well” and “you are victorious”… in the midst of all that chant, you will find THAT one comment that reminds you of what you could have worn instead of the miniskirt you had on walking down the road; there’s also the comment that would state that “men are also raped”. The entire thread becomes a mishmash of nonsense. No true healing occurs, save for inbox hugs that, really, in many instances, belie true intentions. We are still Nigerians, after all; bridled with all the demons that have kept us pretentious for years; our elaborate sham of empathy and affection will not soon disappear. It is in our DNA.
*
2. There is a thing called Rape Fantasy. It is legit. As with every situation, until a crime is committed, you cannot jail anyone for lusting, reading, fantasizing about Rape.

There are legit erotica sites that feed the depravity of humans. They love to read about rape. It turns them on. They are not necessarily rapists (you may find a handful of rapists in a site like that, for sure). Rape fantasy is not rape. It is jerking off on rape stories.

When we fill our social media space with rape stories, we are fulfilling the needs of those who love to engage, mentally, in rape.

Many people will find it sexually satisfying if a woman is pushed to a wall, engaging in rough sex, all the while saying “no, no, no”. If it’s a Hollywood movie, properly edited, properly presented, with satin skin squeezed and kissed without permission, and Rape taking place with a hot dude… you’ll be amazed what that does to people who could be judged as "decent".

There’s a thriving industry on sexual gratification that satisfies a unique kind of depravity.

Sugabelly’s piece may fall under that. There were many talks about how “turned on” people got whilst reading her account of events.

Apart from the entertainment value, and people jumping up and down on twitter calling for the heads of those men involved, how did that one end?
Exactly.
*
3. If we are making entertainment of Rape, we should be aware what we are doing to boys/teenagers with access to social media. They are many. They read these stories. Do not expect empathy. It is almost an impossible emotion to confer on a teenager. Empathy, in many cases, comes with maturing. A teenager would, most likely, be tickled. Shocked, yes. But not the kind of shock that turns him against his friends who may have some nasty ideas they wish to carry out on a girl. I am not sure teenagers are programmed to morally inform their friends on best methods to approach life. They either join the gang OR remember the child of whom they are. If the stories shared have a resolution where justice wins, then it will speak of the penalty for rape and scare teenagers off that course. That is not the case here.
*
Next week, something fresh will happen to Nigerians and this cry will be swept under the carpet (who would have “thunk” Sugabelly’s story will last barely two weeks and die without a single ant squashed for the cause?) . Something as frivolous as a new dance from Olamide will kick this from our top priority.

It is why we need to employ effective methods. I raised money for Rape victims last year. Err… I haven’t been briefed in quite a while, but I suspect the cases are still “pending”, abi?

In a country with barely 20 rape cases won in over a decade… surely, you should realize that our Nollywood roll-on-the-floor approach and throwing baby-and-bath-water techniques are harmful in the long run.

If there’s anything more annoying than half confessions, it must be rabies. People who say, “I was raped, the person is on Facebook, he thinks I am afraid, I will call his name now, I am not afraid, I will call it ooooh…” then goes on a lengthy rant WITHOUT MENTIONING THE NAME, cause more harm in a society grabbing for some sanity.

The Telemundo effect is exasperating.
Me thinks we should continue to engage the police however unproductive they are. Go to the authorities. Report the case. Let them sneer at you. Report to family. Report to church. Hire an NGO. Read up on rape. Get a lawyer involved. Get legal knowledge. Ask if you can address the HOA on matters like these. Follow through.

Go the whole nine yards OR just go and get therapy, if justice is elusive.
Social media makes scum of a lot of things.
A post reads: “Men, what were you doing when a girl was raped in school? Why didn’t you stop it?”
And a comment goes: “I was waiting in line.”
No joke, I saw it this morning with my own eyes.
An ignorant and weird statement draws idiotic responses.
Social media outrage is like that song Neyo sang, ‘When you’re mad’ (It turns me on).
PS: I think people who engage in rape activism should take courses in Psychology.
You can’t approach a complex issue with a simple mind.
Share on Facebook Share on Twitter Share on Google Plus