Home / confession / Our Behaviour With Money Is Quite Bizarre! By Joy Isi Bewaji

Our Behaviour With Money Is Quite Bizarre! By Joy Isi Bewaji

I can't respect this idea of making people chase you around for a cheque (you agreed to offer) that will never come out. It's shameful practice; one that drags your integrity beneath scum. And it happens every day, even from the most unlikely persons. 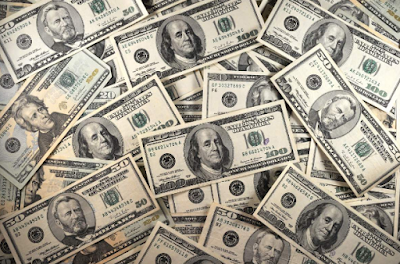 The minute a cheque starts to travel all over town and you are expected to chase it, it becomes a really sad story of plain disrespect.

People stop picking calls. Stop responding to messages. And you wonder... on top of what? Sponsoring an event? Were you forced to commit to the project? Do you still know you can bail out early enough before you are judged an idiot?

You are constantly in situations where people agree to sponsor a project or event... they delay the cheque until the last minute, and then have the effrontery to pull out. If that isn't wickedness, I don't know what else is. Was there a gun to your head?

Then you turn someone into a raving lunatic all over town trying to find some other sponsor at the very last minute.

It is the same practice with children. One lousy good-for-nothing uncle will promise a child money "after you pass JAMB exams". The poor child will visit uncle's office one hundred times, he'd be left at the reception to decay every single time. Uncle is inside his office "working"... always "in a meeting"... always "attending to partners"... always "on a conference call". The child will use the small money he has for transportation; and after an entire month of visiting uncle's office every other day, with uncle not being available to pass one lousy envelope through the secretary... the child will finally be broke, bitter and confused.

This paranoia that someone is about to take something that isn't theirs or the idea that they have to suffer to get your token is what a brain sautéed in third-world soot causes.

You are poor, even if you have money.

I have had someone tell me they credited my account. Yet it was all a fucking lie. What are we talking about here - something as negligible as N100k. You lie for a shitty sum like that? What is wrong with you?

And this idea of treating women the same shitty way. Some of us don't need your N50k. That is what I spend on a lazy after-work trip to Shoprite, pushing a trolley. So if you are giving it for whatever reason, make sure you are aware that this silly cash does not change the narrative or mess with the dynamics.

Sometimes you pursue ordinary N150k from someone who has agreed to sponsor a project.

Ugh! If it wasn't an official gesture/agreement, I'll pay that money into company account and rest.

And I've realised it's always the shitty sums that come with shitty behaviour - N50k/N100k nonsense. For a sum like this respectable persons begin to hide under their tables or twist an agreement or ignore text messages or calls... I am ashamed on your behalf.

There's no kind of lie, theatrics or trickery I haven't heard of.

It is why I feel sorry for women who have sex with the possibility of a reward lurking in their heart. The incredibly nice "rich" gentleman immediately becomes a trifling ass when it comes to money. And it is always about shitty cash. I don't envy you at all.

Again, be aware the kind of woman you want to take on a cat-and-mouse chase regarding money.

You don't even want to know how much we splurge on something as random as bras and skincare brands, things that stay hidden... that is never seen.

Some of us work too hard on our jobs/talent to be disrepected. Too damn hard.

I work all day running a media house. I work all night writing scripts. We make legit money.

Do not make us run all around town chasing money you agreed to invest in our project. Do not lie that you made a transfer when you didn't. Why should a man with integrity act like a whore?

We also know uncles who promised jobs when "you finally finish university with impressive grades"; and when you finally approach them... they disappear from the face of the earth.

The next time you find him will be at a family gathering. He'll greet you like a stranger, and immediately put a chunk of meat in his mouth just to evade any query.