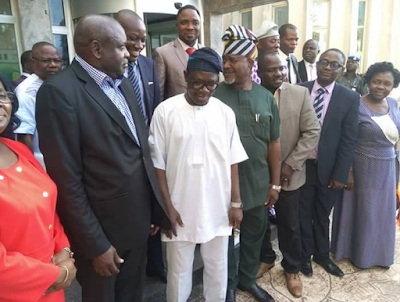 Ondo State Government continued its development strategies with the World Bank today. The Government is taking its time painstakingly to fine-tune strategies and processes of accessing funds to implement the various World Bank sponsored projects in the state.

The World Bank Team led by Professor Foluso Okunmadewa has been in Ondo State since yesterday taking assessment and progresses made so far in the implementation of the World Bank sponsored projects in the state. The Team seems to be impressed with progress made so far.

In today's meeting, the Deputy Governor, Arakunrin Alfred Agboola Ajayi, who stood in for the Governor, Arakunrin Oluwarotimi Akeredolu thanked the World Bank Team for choosing Ondo State as one of the states for programme implementation. He also assured the Team of behalf of the the Governor the readiness of the state government to do whatever is necessary to create the enabling environment for a successful partnership.

Speaking further the Deputy Governor expressed confidence in the Governor, who he described as " a digital Governor ". Arakunrin Alfred Agboola Ajayi said " I can assure you that the Governor will meet up with all the requirements. Our Governor is digital. He can monitor everything. I have seen many senior lawyers who can't even operate computer, but his own is different. "

The Team leader, Professor Foluso Okunmadewa expressed satisfaction with the various implementation teams in the state. 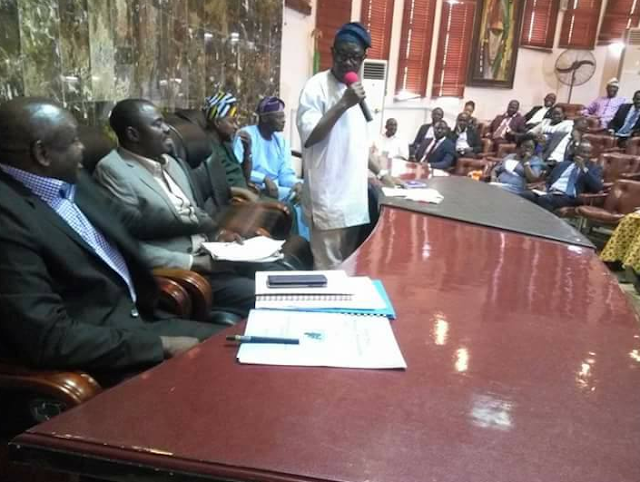