Hope Wonder Woman Wins All The Razzies This Year! By Joy Isi Bewaji

I hope Wonder Woman wins all the Razzies this year. 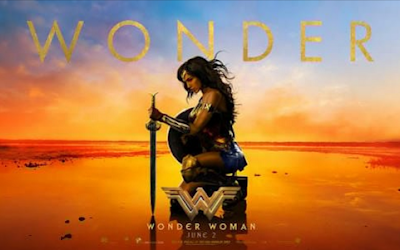 I was confused for a minute. Had to check if it was mainly for children. Like... under 5.

Hollywood is losing it. The effects are so bad, seemed like I was watching the entire cinema play video games.

No character was properly developed. Emotions weren't properly formed. The director was in a haste to get it over with. The dialogue was by far the cheesiest I've encountered in years.

Was there even a story??? Oh OK! Wonder Woman saves the world from destruction in World War 1.

I hear that all 5 writers and 8 out of 10 producers of the movie are male... therein lies the problem. I think.

Yes, Wonder Woman should be "strong" and should fit into male territory because they (men) are the epitome of strength. And that is seen as a good thing.

But nobody sees a man acting soft and girly in a movie as something positive.

It seems Hollywood fails splendidly everytime they try to make superheroes of female characters. Think Cat Woman - another terrible movie. Every scene, forced. And yet there's the subtle push to appreciate these strong female characters as sexually appealing beings. They do that to the guys too, I think.

PS: I'll get my kids to watch it, only for the messages at the beginning and at the end (and for all the ceramic effects).

I don't see how Ares is an antagonist in this movie though. How they expect the audience to hate him. I nodded to everything he said. I was totally on his side.