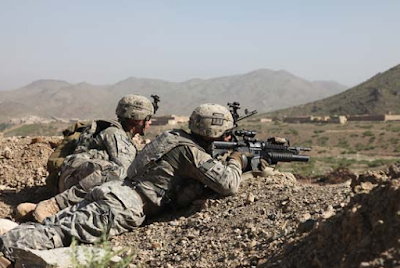 Germany paid war reparations on two occasions; crippling war reparations.
How did they pay this huge ransom money?
Potsdam treaty dictates came on them hard.
They ceded territory to Poland, gave slave labour to USSR, expensive industrial patents were taken including the atomic bomb, raw materials were taken as well as cash.
This is what happens to people who lose wars, right?
The Allies used napalm on German cities, this is not just any conventional bomb, it's called an incendiary bomb. Incendiary bombs are made to burn the skin off people while burning down their homes.
When the war ended, Germany didn't stoke the embers of hatred by pushing a single narrative; they are still educating all German children today on the dangers of ethnic chauvinism and violence even when they suffered violence too.
The Germans outlawed Nazi symbols and materials including Hitler's Mein Kampf.
Why did Germany ignore the atrocities committed by Allied forces?
****They were equally atrocious during the war; when both sides fighting have dirty hands, its best to let history be rather than revise it.****
Japan paid war reparations according to the treaty of San Francisco; a whooping $550 million in reparations; this is after they were attacked with Nuclear bombs and endless burning napalm nights.
Japanese people are the only people in history to serve as guinea pigs for nuclear weapons but they didn't rewrite history.
Japan forbids mention of that war and they are cautious about nationalist actions such as visiting or paying respect to their war heroes.
Japan keeps apologizing till today and a shameless America keeps demanding an apology.
The Koreans and Chinese keep demanding apologies and compensation for the war.
Why are the Japanese and Germans not angry today?
Why would they rather ignore or pretend that war didn't happen?
These countries weren't innocent, they committed war crimes as well.
When people beg that we forget the Nigerian-Biafran war, it's because both sides weren't innocent.
That war meant different things to different people and we all lost something including the people from Akwaibom whose relatives were murdered extrajudicially by Biafran forces.
I see minorities feel a sense of shame and stay silent on the Biafran issue, they don't narrate their horrors out of political correctness.
The war was a war of dirty hands, both sides committed atrocities.
The only way to solve any contemporary political issue is not to revise history and whip up hatred as though others didn't lose in the war, the way contemporary political issues are solved is through dialogue and the national confab I believe advised on regional/state autonomy not Nnamdi Kanu's puerile ethnic chauvinism.
This is the way to go not whiping up ethnic hatred because we are all upset about that war, we the minorities lost even more than the Biafran enclave.
This is what happens when we revise history to make it seem like a conflict of 'demons and angels' when in fact both sides had demons committing war crimes against defenseless civilians.
Today's agitation will only create disunity and hatred between fellow countrymen.
Nigeria declared 'No Victor no Vanquished' because we are brothers and no need for reparations or a curriculum that paints the Biafran government as evil while the Nigerian government as saints.
We in Nigeria have shared challenges and people like Nnamdi Kanu only add to those challenges by stirring up a region not prepared for another conflict.
Conflicts are not fought on social media, stirring up ethnic hatred through history revisionism will have real life consequences.
American analysts don't predict Armageddon in Nigeria because they are stupid, they predict it on certain parameters here in Nigeria ;
*Restive youth population
*Religious tensions
*Corruption
*Unemployment
*Ethnic tensions
*Porous borders and arms proliferation.
*Poor education
*Climate change
Anything that flames ethnic and religious tensions in a region suffering from climate change, if you have a large population of half educated youths then it spells disaster.
Our young population and millions of potential child soldiers in our nursery schools are enough fodder to keep a war going for 30 decades in Nigeria.
The current Nigerian demographic can sustain a vicious war for decades because the ingredients are there for a vicious conflict.
It's stupidity to stoke the embers of disunity and violence.
The only solution that any human being should seek is peaceful dialogue with his fellow countrymen not enmity.