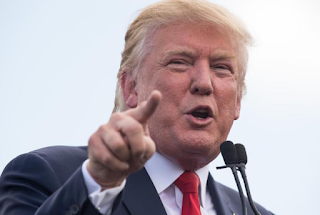 In 100 days plus, US President, Donald Trump has worked very hard at creating deadly diversions and stymieing folks connected to Obama, folks who may be close to the facts about his alleged shady election deal with Russia and his non tax paying history.

More to follow from Mr. Trump's White House of Commotion.

Take a front row seat. The days ahead will be very, very interesting.