Home / celebrity gist / The Ghetto: The Spectacle Of Pimping Poverty

The Ghetto: The Spectacle Of Pimping Poverty 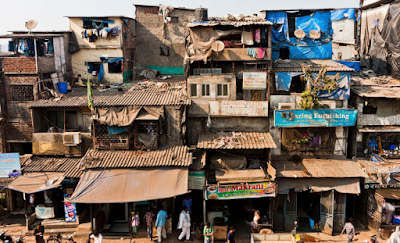 Yesterday I watched French Montana’s music video 'Unforgettable" on Soundcity. It was shot in Uganda. And in the typical African American artiste tradition, he had to go to the most rotten ghetto to shoot the video. I understand the thing about creative license but why always the ghetto?

It is along this line of inquiry that you can make sense of why, when Nicki Minaj goes to London to shoot a music video, she never goes to the dirty streets in Peckham that smells of filth and morning piss, but heads to the terraces overlooking the Buckingham Palace, she goes to the London Eye, to Big Ben, to London Bridge.

If she decides to shoot same video in Lagos, she won’t look for the beautiful places, but head straight to Oshodi or Okokomaiko. That is the tragedy of the ghetto spectacle. And it is quite interesting that black people would chose to pimp the suffering of people like them. It is what Achebe called the frightening psychology of the dispossessed.

Granted that these places exist but why the obsession to remain active agents of the single story of Africa which Josef Konrad and his likes used literature to concretise into European consciousness.

Our own artistes aren’t even different. The ghetto is also for them a spectacle. A reminder to them of a time when poverty was all they knew. To be clear though, I support people who are real about where they come from. But not when they start pimping the ghetto. Time and time again, you go to Bariga, you go to Obiagu, you return to the slum, to the shark houses and filthy streets where you grew up and pose for photos, and make music videos. What next? You post on Instagram, and tag it #hood #humblebeginnings #startedfromthebuttom.

And I ask again, so bloody what? The ghetto is still the same way since the last time you came. You didn’t add one new brick to it. You didn’t add a single lamp post. What have you done for the hood? Since you made it, what have you given back besides coming around to take pictures? Have you as much as rented a single block of room for those kids to learn something: painting, taekwondo, computer, or anything to enhance their skill or leisure time? What is your legacy in the hood besides taking pictures for your Instagram show offs?

Of course, some would argue that the artiste cannot take up the job of the government but what is wrong about contributing a little quota to the very slum you purport to love? You cannot be proud of the ghetto forever, unless you want to keep pimping it. Unless you want the ghetto to remain the way it is so you can keep pointing your fingers to say: I made it out of there.

But this is useless. I can never respect something like this. No one should. You cannot love a ghetto. The ghetto should be a blight on the conscience of every society. It is something that should torment our sleep. They shouldn’t exist, for it is the ultimate guillotine to the dreams of children and adults who have no resources to be who they want to be. Artistes should be changing the ghetto, not pimping it to massage their eg