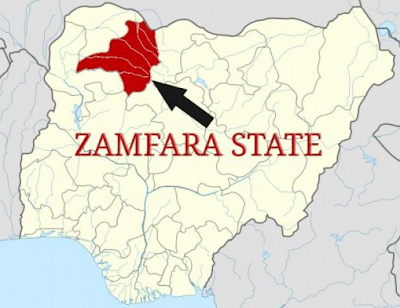 Do you know the heartbreaking part?

Most of Zamfarans will agree with him that's why their state was the first to introduce sharia laws to Nigeria.

The laws were carefully crafted by their former governor to give him immunity in child abuse cases that's why he could marry and 'rape' a 15 year old girl only to divorce her for another.

The fanatical governor didn't stop with the sharia law but got elected by the very religious Zamfara people so he could be a senator who will prevent the enactment of laws to prevent child marriages.

Senator Yerima ensured not only the supremacy of sharia over Nigerian law but he went personally to the senate to stymie legislation that would have given children a right to education and protection from sexual predators like Yerima.

People like senator will push for a more religious region because high religiosity has a negative correlation with education and common sense.

The religious people of Zamfara have once again fallen for the religious card on the meningitis outbreak instead of demanding accountability from their governor.

Allah didn't cause meningitis because of fornication, the government or vested interests have likely diverted immunization funds or been inept at the public health needs of the people.

That governor is bringing in god so he doesn't have to apologize or sack the commissioner of health for ineptitude.

Don't be religious so you can tell when a shitty character is trying to manipulate you.