Home / football / WENGER GETS FRUSTRATED WITH ARSENAL BOARD

WENGER GETS FRUSTRATED WITH ARSENAL BOARD

Arsenal manager Arsene Wenger has reportedly grown frustrated with the club's board. 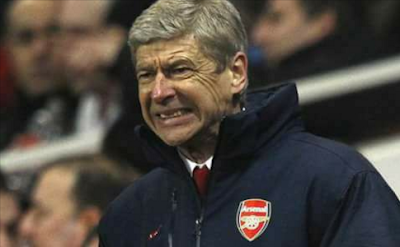 The Frenchman who has enjoyed the backing of the board for many years has seen the signs of the board listening to the fans in recent weeks with top board members Ivan Gazidis suggesting there would be big changes this summer and Sir Chips Keswick releasing a statement saying any contract renewal would be a mutual decision.

Wenger is unimpressed with both of those events and says that tension is rising between him and the board members.

Wenger has been subject of criticism as Arsenal have fallen low below the perking order and may not make the top four this season with key players like Alexis Sanchez & Mesut Ozil looking likely to leave the club this summer.