Home / religious community / THE HOLY SPIRIT IS NOT A NUISANCE!

THE HOLY SPIRIT IS NOT A NUISANCE! 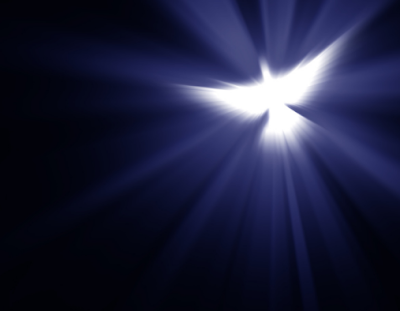 I remember being invited to speak at an event.

I was the second speaker and each speaker was given an hour. I got into the venue early enough to listen to the first speaker. I was blessed my his message but I noticed he continued speaking after his allocated time had been exhausted.

He spoke till about an hour thirty minutes and while speaking he kept saying, he couldn't stop, that the Holy Spirit just wouldn't let him stop.

You could hear the murmurings of the listeners and attendees but he kept on speaking.

After what looked like eternity, he rounded off and got off the stage. I was called up immediately. I spoke for just 30 minutes. The remaining half of what was left.

After the event, he walked up to me to introduce himself and while we were trying to get acquainted, he kept saying he just couldn't stop while he was preaching. That 'HE' didn't allow him stop.

I needed clarity so I asked him WHY he couldn't stop and WHO didn't allow him stop?

He looked at me in shock and mumbled some words.

On my way home I ruminated on the few lessons I had learnt.

1. The Holy Spirit is not a NUISANCE. He is disciplined. He doesn't need so many hours to make sense.

2. One hour is enough to pass your ' ROBUST MESSAGE' across. It's not so much about the quantity of words, it's about the potency.

3. RESPECT your HOST. If you need more time, kindly request for more during your engagement not on stage please.

4. Be sure God is the one speaking through you not that you are in love with the sound of your voice or oratorical prowess.

5. If it is God moving, it would be obvious to all!