Home / tv and radio shows / Tboss Is Not A Victim: The Housemates Clearly Don't Like Her, They Want Her Out But Not Without Good Reasons

Tboss Is Not A Victim: The Housemates Clearly Don't Like Her, They Want Her Out But Not Without Good Reasons

People who query why we all are interested in #BBNaija that we had once condemned are quite daft. 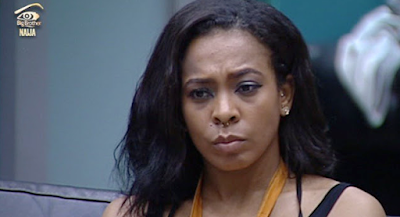 That's like saying, "bhet you voted Buhari." How does that solve the appalling mess he has become.

They voted out of a desperate need to see a change (which is another daft move, by the way, seeing the dude is too old and set in his ways, with military accuracy).

We all got interested in #BBNaija because we heard a lady was bullied. Duh! Knock your head on steel.

We saw angry clips of a yoruba woman and her cohorts strategizing against one woman.

So we watched. To empathise with that woman. It paid off. She gathered enough pity votes to hold a party.

But as a rolling stone with no deep loyalties anywhere in the world, I took back my empathy a week later.

Because Tboss doesn't need it.

I have no blind allegiances to anyone or anything. A brain is made to function. To make unbiased analysis.

Tboss is not a victim. The housemates clearly don't like her, they want her out but not without good reasons.

She sulks. She complains. She dialogues with the intent of getting loads of empathy.

For the average Nigerian this is tiring. We just want to eat, drink and be merry.

The most idiotic Tboss supporter is the one who has had conversation with her family, is loyal to some brother of the reality "star" OR had breakfast with the mother OR seen pictures of her sister... then has the effrontery to cyber bully anyone who doesn't stand with her.

You must be on cheap crack.

The bloody irony: the woman who was bullied gathers a crowd who bully others for criticising her.

And this is where I withdraw my support (not like it meant anything in the first place)...

You have become that which you despise. And that is the constant theme of everything Nigerian. We are terrible people it doesn't matter where we stand. We do not apply too much of our senses to anything. Our sentiments always running amok.

"Tboss is a superstar," one says.

It is on that premise everything is built and left to rot in Nigeria.

"This nation will be great."

And life as we know remains under-developed. There are no reasons for belief.

That's the behaviour of a fraud.

So we've got a "super star" in our hands with no real talent. The original script was just to save a woman from bullies.

Now we realise she has the ability to bully just as much.

We are all bullies in some ways. What you should focus on is the motive.

Bisola bullies Tboss and wants her out of the house because, frankly, she's annoying with all that passive aggressive nonsense. (Nigerians are A-or-B people. Tboss complicates simple communion and exaggerates self).

Tboss, on the other hand, bullies the weak.

She has been trying to warm into the good books of Bisola for so long. But here is a friend, her name is Debbie-rise, she sticks by you. The only friend you have, yet you wash her out like menstrual stain on panties in front of the bullies of the house.

I am not interested in her lack of knowledge of the national anthem. I am dusgusted by her attack on Debbie-rise.

That move was done to impress Bisola (See, I've got a bit of you inside of me. Can we be friends now?). Bisola will forever be unimpressed.

She says to Debbie-rise, "I am fucking fighting for N25m here."

What is Debbie-rise fighting for? A pot of soup?

This shit is vile and manipulative.

I respect people who are loyal to this stranger even after realising they are all flawed. Your acceptance of her flaws vindicates Bisola and/or Efe.

Indeed we are all flawed. Stand with your best "flaw" in this competition and stop acting like the imperfections of your choice housemate is dipped in sauce.

The idiots in this race are those with accidental familial acquaintance, calling people evil for not supporting their choice after having dinner and breaking bread and calling brother or mother of madam Boss on the phone.

Stupid as stupid does.