Russia suspends guarantee which prevents conflict with US in Syria, in the wake of today's missile strike. 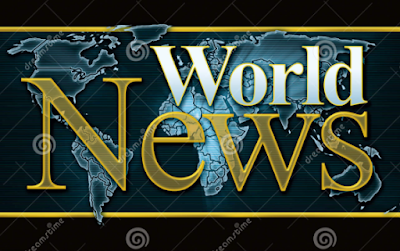 The stakes just got higher.

I guess the world has two choices;

1. Tolerate a bloody Dictator who may have gassed his own citizens.
Much as we would want to believe Assad is not stupid to gas his own people when he is already winning a war, this guy has no qualms killing his own people in millions if need be.

A complete millitary victory though, may reduce his thirst for blood as there may not be much need to flex muscles.

However, his authoritanian grip after a millitary victory will be TOTAL.

2. Degrade Assad's millitary capabilities and allow ISIS to recoup.
This has much broader implications that will span across the globe.

ISIS has been facing millitary defeats not only in Syria, but in Iraq where they recently lost their largest stronghold of Mosul, a city that is second only to Baghdad in size.

In fact, it was the initial US support for ISIS that gave the terrorists the first boost they got in Syria, from where they launched an offensive into Iraq.

ISIS has made no pretense that its campaign of blood involves every human alive on the planet who doesn't subscribe to their extreme doctrines.

I personally will stay with option 1.

Despite the fact that Saddam Hussein and Gaddafi were murderous Dictators, we are all witnesses to how their states degenerated into anarchy and transformed into terror enclaves upon their forced exits.

Whatever force is directed at Assad (and I support action be taken against him when he misbehaves), should have these pieces of history in mind.

Calibrated pressure does it. Regime change right now is a NO NO.