CNN Anchor Richard Quest Has Been Arrested In Nigerian On Several Charges! 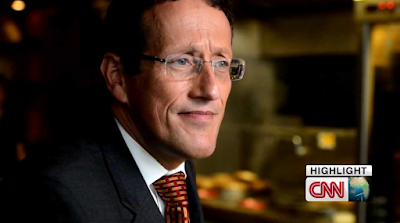 The CNN anchor Richard Quest has been arrested in Nigerian on several charges not limited to terrorism, economic sabotage, and sexual harassment.

According to reliable sources in the nation's capital city of Jalingo, his woes are not unconnected to his homosexuality and the laws of Nigeria means he will serve a lenient sentence of 14 years which prominent clerics have argued against due to the nature of the sin.

The PA to the secretary of Nigeria's minister of Sexuality and Chastity affairs, Comrade Lie Muhammadu, stated;

"Richard Quest is a homosexual who was denied entry to Nigeria because our research had previously linked the current economic and security situation to the last British who brought homosexuality spirit to Nigeria in 1960.

He was not arrested for insulting our jollof rice as rumours have it. He was arrested for sexually assaulting decent Nigerian men in the guise of 'selfies.'

The law of the land will take its course and he will get the minimum sentence of 14 years before being deported to the British islands of Sodom and Gomorrah."

Our sources further made it known that Mr Quest through his lawyer has refuted all allegations of sexual assault and terrorism.

Nigerian experts on this issue have indicated that the government will need N35 million to procure items for cleansing the nation of homosexual spirits along with a further N20 million for digital capture and database management of all those spirits to safeguard our borders and economy from foreign saboteurs like Richard Quest.

My name is Hypocritus Ode, reporting live for Igbere TV.