Wondering Why The World Stands With UK After Only Four Dead 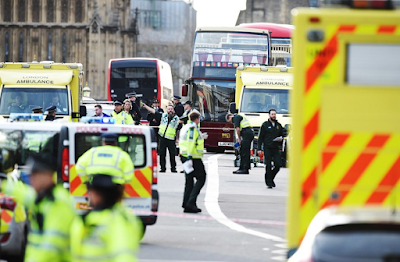 Stop wondering why the world stands with UK after only four dead, while our hundreds do not even get a foot note in the news.

The day you begin to regard yourselves is the day others start regarding you.

When you begin to speak with a CONSISTENT voice, as against talking from both sides of your mouth depending on whom is affected, perhaps the world might understand you enough to start showing sympathy.

A nation where citizens chase away the only institution that serves as a watch dog towards rampant rights abuses will only confuse the outside world.

A nation where people hold different regimes by different standards is always going to look and sound anachronistic to the outside world.

A nation where a spade is a spade where other regions are concerned, but becomes a cutlass when it concerns your ethnicty, will always appear confused to the outside world.

A nation where your voice is loudest out of mischief when someone else is in the fire, but mute when the oven is close by will always cut a picture of an entity divided against itself.

Its that simple. Treat yourself, and others as you would love to be treated. Have a set standard, and perhaps the world will begin to see and appreciate your character.