Home / religious community / Taliban, And ISIS Practice Islam The Way It Was Practiced By Mohamed.

Taliban, And ISIS Practice Islam The Way It Was Practiced By Mohamed.

Boko Haram, Taliban, and ISIS practice Islam the way it was practiced by Mohamed. 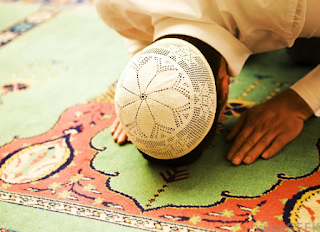 These are the ones practicing the real Islam.

The fact that the north has senators in a democracy not theocratic caliphates is proof that reformed Islam is the de facto religion while conservative Islam just nominal.

Senator Yerima who brought sharia to Zamfara has shaven his beards without repercussions, this shows that Islamic practice is already reformed in some way.

The fact that Muslims can still sneak to Sabon Gari to drink alcohol shows that the Islam practiced is reformed somewhat amongst the people who just need ratification from religious leaders to live freely without fatwas on the destinies of human beings.

The fact that a Kano actress hugged another man that wasn't her husband and she is still alive today is evidence that Islamic practice is reformed somewhat in Nigeria.

The fact that Christians and Muslims live side by side in peace and Muslim neighbors would send food to non Muslims during Salah, this is enough to tell you that Islamic practice is already reformed somewhat in Nigeria.

A Yoruba Muslim can marry a Christian and still go to Ifa for confirmation of baba Ijebu lotto, this is enough to tell you that it's a reformed and tolerant version of Islam.

Those calling for the reformation of Islam are not asking for new things to happen, we are just saying that it's hypocrisy to thing that Nigerians are still practicing the original Islam of Mohamed.

If you think your Islam has not changed, look at how you practice yours then compare it to how Boko Haram practices theirs.

The difference is clear.

The call for Islamic reformation is just for formal ratification of what is already in practice here.